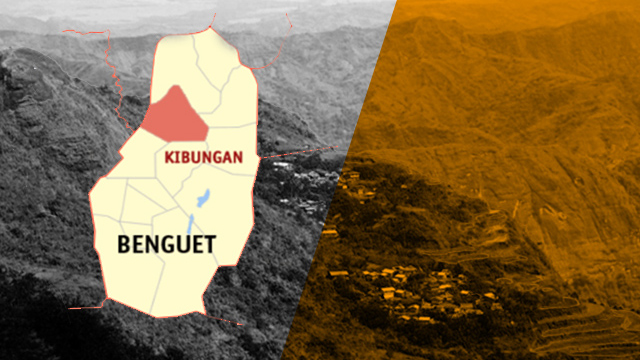 KIBUNGAN, Benguet – Despite the failure of the two previous congresses to pass a bill declaring Kibungan as a mining-free zone, townsfolk here vowed to never give up in lobbying for the enactment of a law exempting the town from any mining application. Believing that mining poses threat to sustainable agriculture which is their main source of livelihood, the Kibungan Indigenous Peoples (IPs) have expressed their strong opposition against applications for mining exploration in the town.

Jose Gallano, president of the Palina Indigenous Peoples Community Association (PIPCA), stressed that Kibungan IPs would not be assured of the protection of their ancestral domain unless a law is enacted law declaring the town as a mining-free zone.

“We will never give up in lobbying for a law exempting our town from mining because an enacted law is our guarantee that our land and water sources are protected today and in the future. Without land, there will be no water. Without water, there will be no life,“ Gallano explained.

Gallano admitted that their aspiration for such congressional measure suffered a setback with the untimely demise last December of Rep. Nestor Fongwan Sr. who openly supported the petition of the Kibungan IPs when he was still the Benguet governor.

But the Kibungan elder expressed optimism that newly-appointed Benguet legislative caretaker Rep. Eric Go Yap would consider filing a similar bill once he would be informed of the noble intention of the town’s IPs.

“We will find the proper time to have an audience with him (Rep. Go Yap). As of now, we are preparing our resolution which I believe would be readily endorsed by our municipal council and the provincial board like what they did before,” Gallano said referring to the previous strong endorsements of local officials on their petition.

It may be recalled that then Rep. Ronald Cosalan, responding to the clamor of Kibungan folk, filed a bill in 2014 declaring Kibungan mining-free zone, which was passed in the lower house but was not acted in the Senate before the 2016 national and local election.

Cosalan refiled the bill in the previous congress and got the support of the committee on natural resources but like in 2016, time ran out for its passage before the 2019 national and local election.

This post has already been read 2067 times!LA TRINIDAD, Benguet – Benguet caretaker congressman and Anti-Crime and Terrorism through Community