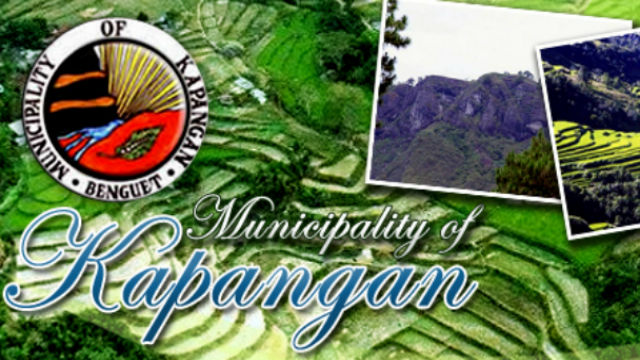 KAPANGAN, Benguet—Plant, plant, plant activities must be conducted to protect the environment and water sources of farmlands.

This was urged by Kapangan Mayor Manny Fermin to farmers and other barangay members during the turnover and acceptance ceremony of the Cayapes Communal Irrigation System (CIS) on November 24, 2020 in Brgy. Cayapes.

Mayor Fermin encouraged everyone to plant trees, fruit bearing or forest trees, as the previous calamities are reminders that God has given us the responsibility as stewards of the land. He also urged the irrigators’ association with many members to work as one in the maintenance of the irrigation system.

Funded under the Extension/Expansion of Existing Communal Irrigation System (EEECIS) CY 2020, Cayapes CIS was completed in August so that the farmers were able to utilize the completed facilities during the recent cropping season. It is now officially turned over by the National Irrigation Administration to the Cayapes Kapangan Irrigators’ Association that will now be in charge in the operation and maintenance of the irrigation system.

The Cayapes CIS generated an additional service area of 13 hectares and benefit 45 farmers. Other facilities of the irrigation system were earlier funded and constructed in 2012 and 2015.

The main features of the irrigation system funded this year include 320-meter concrete canal, more than one kilometer HDPE pipelines, 3 reservoir tanks and other structures.

“As the irrigation system is already turned over to the association, policies must be crafted in relation to the use and maintenance of the facilities such as regular cleaning of the canals,” said Paulita Yagyagan of NIA who delivered the message of NIA-CAR Regional Manager Benito Espique, Jr.

Meanwhile, Engr. Godofredo Velaque, Provincial Head of NIA Benguet Satellite Office, said that Cayapes CIS is one the 26 irrigation projects for 2020. He added that for CY 2021, the province has 28 projects with a total allocation of P95.423 million distributed in the different municipalities of Benguet.