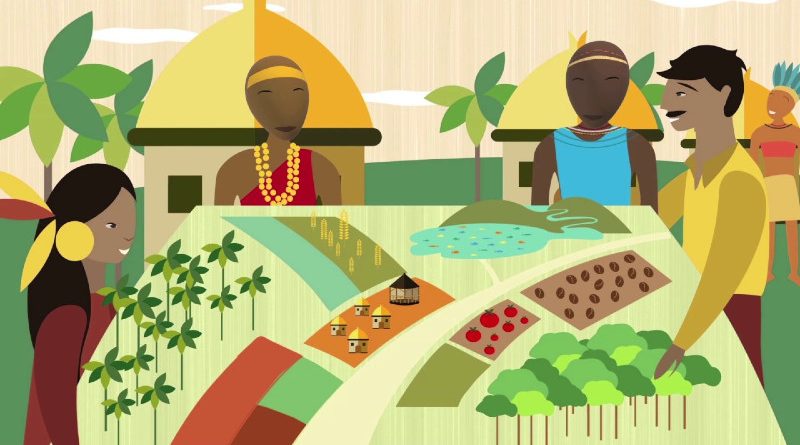 TABUK CITY, Kalinga – Some elders of the Dallac-Nanong-Minanga Indigenous Peoples Organization (DANAMI-IPO) urged the National Commission on Indigenous Peoples (NCIP) to declare the alleged failure of the free and prior informed consent (FPIC) process of the proposed Upper Tabuk Hydro Power Project (UTHPP) and to hold accountable the project proponent and the NCIP officers in Kalinga for their reported violations of the rights of affected indigenous cultural communities (ICCs) to integrity and self-determination.

In a petition submitted to Gov. Ferdinand Tubban and NCIP Chairman Allen Capuyan, elders of the aforesaid tribes disclosed that of the 5 ICCs recognized by the NCIP to be affected by the proposed hydro project, the Taloctoc and Malbong tribes have already rejected the project as manifested in their resolution of non-consent submitted to NCIP Kalinga last November 19 and 21, 2019, respectively.

Further, the petitioners claimed that neither the project proponent nor NCIP-Kalinga allegedly complied with the guidelines for obtaining the FPIC of the affected ICCs as contained in NCIP Administrative Order No. 3, series of 2012 where the agency allegedly failed to conduct a field-based investigation for the determination of the ICCs that would be affected by the project and should be asked for their consent.

Because of the aforesaid lapses on the part of the proponent and the NCIP-Kalinga, the petitioners stated that only 5 out of the 7 affected ICCs were asked to participate in the FPIC process, leaving out the 2 tribes that were allegedly excluded from the FPIC process.

According to the petition, NCIP-Kalinga allegedly tolerated the interference of several local government officials and employees in the FPIC process and that the aforesaid involved officials of Tabuk and the barangays of Bagumbayan, Naneng and Dupag attended the community consultations and allegedly used their position to influence the decision-making of the ICCs that compromised the supposed independence of the FPIC process.

Moreover, the petitioners alleged that the project proponent allegedly directly intervened in the FPIC process and reportedly attempted to use insults and intimidation as well as promises of benefits inorganic to the project to sway community opinion in the project’s favor that reportedly undermined the community’s freedom in decision-making.

The petition stipulated that the project proponent did not provide full information on the project’s impact, skirting the issues of siltation and flooding both upstream and downstream of the proposed dam when the said issues were raised by the affected ICCs.

The complainants questioned the project proponent for having surveys conducted for 2 components of the hydro power plant, the road that it is intended to be built and the tramline that is being eyed to be installed in the said area and that the proponent has embarked on what he described as the pre-development stage of the UTHPP without having secured prior consent for the project.

The petitioners accused NCIP Kalinga for having not strived for consensus on the project as stipulated in the pertinent provisions of Republic Act (RA) 8371 or the Indigenous Peoples Rights Act (IPRA) but has merely taken a vote and equated a majority vote with community consent to the project and when they took the vote, the NCIP-Kalinga officers allegedly did not make sure that all community members who were supposed to participate in decision-making had been informed of the voting.

Moreover, some members of the ICCs who voted for the project now wish to retract their earlier decision because they made the same without adequate information and truthful deliberation regarding the project’s impact and implications to their respective communities.

The elders emphasized that the project proponent’s alleged maneuverings at first aimed at circumventing the FPIC process, and later at forcing his project through, no matter the results of the process constituted gross violations of the rights of affected ICCs to integrity and respect NCIP Commissioner Gaspar Cayat disclosed that it was for the series of petitions forwarded to the agency that compelled him to visit Kalinga last December to validate the veracity of the information contained in the said documents because they were really alarming on their part.

He pointed out that his aim in meeting the elders of the affected tribes was to inform and empower them to adhered to the primacy of customary laws in the settlement of whatever disputes, transparent in their dealings with project proponents and for them to assert their rights for them to be able to gain the maximum benefits from the exploitation, utilization and development of the State’s resources that are within their ancestral domain.

However, Commissioner Cayat expressed disappointment that his gesture in extending the needed assistance to the ICCs and IPs to settle their dispute was in constructed to be taking advantage of the situation and demanding bribe for him to endorse the project which was not the case in the first place.

12       12SharesThis post has already been read 564 times!The ongoing negotiations between the members of the city’s Public Private Partnership for