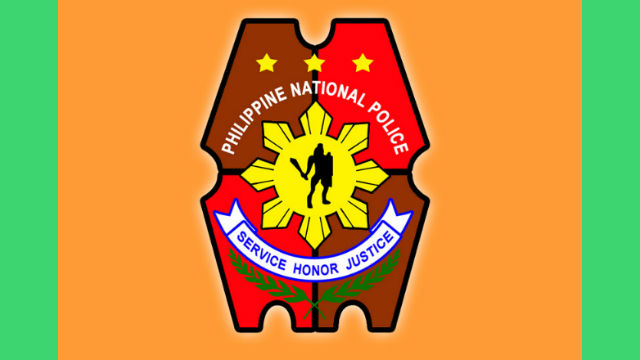 TABUK CITY, Kalinga – Kalinga police will now be more efficient in their function as the lead agency here in the province against crime whether local or domestic.

This follows the turnover of 7 hilux 4×4 pick up which was received by KPPO at Camp Crame. PRO CAR Regional Director, PCSUPT Edward Caranza Esperat in his visit in Kalinga Province to inaugurate the newly constructed KPPO Multi-purpose building, reveals that only Tabuk City and Municipality of Rizal have no issued 4×4 vehicle however he vows in front of the Kalinga officialdom that he will personally make an appeal to Chief PNP Ronald Dela Rosa to request 2 more 4×4 vehicle for Tabuk City and Rizal Kalinga.

“Tabuk City and the Province of Kalinga has a lot of potentials considering that it has a plain terrain, I’ve seen a lot of ongoing and finished construction whether road or building structures and these improvements are indicators that Kalinga Province especially Tabuk City is now entering to state of being progressive.”

The cordillera regional police chief also mentioned in his speech that he has a lot of cordilleran classmates in the academy wherein most of the time their “mistahs” from Kalinga Province were being bullied because of the wrong notion emphasizing the peace and order issue here in the province. “The wrong sundries that this place is a war torn province must be corrected because people from Luzon, Southern Luzon and Metro Manila consider Kalinga Province as problematic place due to security concerns.”

Caranza confess that it’s his first time to visit the province and he assured to visit it again not only for official business but also as a tourist citing several spots he noticed. He personally ask the assistance of the municipal mayors who attended and welcomed him prior to the inauguration to help him in maintaining peace and order in the province. The seven 4×4 Hillux Toyota are top of the line quality vehicles with wings attached on it that can be utilized anytime the vehicle will stumble in middle of muddy and rocky road since there are still a lot of unconcreted road in the province especially those in the far flung areas. With the onset of the new KPPO building which was recently inaugurated and the newly built KPPO multi-purpose hall, PRO COR Chief Caranza aims on repairing and constructing more police station in the province to meet the growing needs of every municipality in terms of peace and order implementation and police visibility. Bulk of the Funding of these projects will be acquired from PNP trust receipts in all its collections generated from fire arms collection, health services rendered in terms of neuro psychiatric, police clearance and motor vehicle clearance with the coup de main of centralizing national police clearance system in the country which is expected to generate 1.2 billion pesos per year. As to standards, Caranza also warned his engineering officers in the province not to implement substandard projects because he will not not tolerate ground plan which is not compliance with all the specifications. It has also come to his attention that there are many police structures not only in the province but in the region that needs repair since its program of work was not properly followed or implemented. On the other hand, Kalinga Province Vice Governor James Edduba Jr who were present during the inauguration of KPPO Multi Purpose Hall also thanks the leadership of Philippine National Police in the person of Chief PNP Ronald Dela Rosa for fulfilling his promise during his visit in Baguio City to give 4×4 vehicle to the region in which it will be a Toyota a much more quality than what was given several years ago which is Majindra. Vice Governor Edduba who also facilitated the dialogue with the chief PNP in Camp Dangwa last year for the issuance of motor vehicle personally appealed to PRO CAR Regional Director Caranza that the 2 remaining places here in the province namely City of Tabuk and Municipality of Rizal must also have enough vehicle considering that they are the biggest municipalities in the province thus; they really need additional patrols to circle their respective AOR’s. Edduba also supports the plan of PCSUPT Carranza to build more police

With the onset of PNP plan on bringing police services to the grass roots through building additional police structures, Edduba identified Municipality of Lubuagan as per request of Mayor Dicpus. He also ask Director Caranza to prioritize some municipalities in the province specifically Municipalities of Tinglayan, Tanudan, and Pasil due to their unstable terrain wherein majority of them is mountainous. The turnover of those 4×4 pick ups will also be favorable in these places due to road conditions. People in far flung areas can also request for those vehicles to fery people who needs transportation especially inbterms of imminent medical attention.

PSSUPT Steve Ludan  a native of Kalinga who was presently assigned in the office of PNP comptroller as the chief budget initiated the 5million pesos used as a funding to the just inaugurated Multipurpose hall inside KPPO Camp. With his assistance, KPPO will start the fencing of kalinga police provincial office that will start anytime this summer