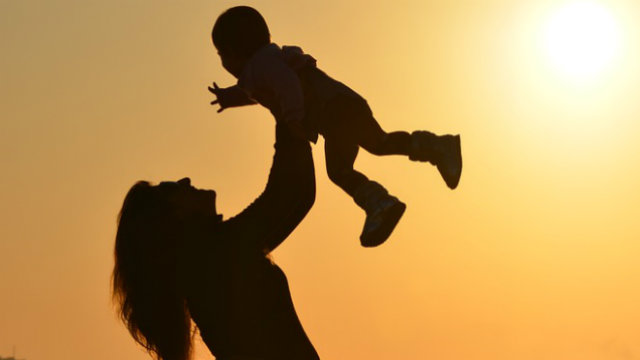 BAGUIO CITY  – A 54-year old barangay health worker and a religious leader from Kalinga was adjudged as the this year’s outstanding regional parent leader of the government’s Pantawid Pamilyang Pilipino Program during the search for top performing parent leaders held at Hotel Veniz, here, Monday.

Remedios Tabonan Galingao, 54, who hails from Quezon, Isabela but married to Leonardo Galingao of Balinciagao Norte, Pasil, Kalinga, bested six other outstanding provincial parent leaders in the said coveted award given by the Cordillera office of the Department of Social Welfare and Development (DSWD-CAR) in recognition of her exemplary performance as a parent leader of the poverty alleviation program.

The Galingao couple is blessed with 4 children, 2 sons, and 2 lovely daughters, and the family has been one of the partner beneficiaries of the Pantawid program since 2009.

“I dedicate my achievement to my family who had been supporting me in this endeavour. My dedication to support other parents who are enrolled in the program paid off and I will continue to serve as an inspiration to them in our uphill climb to help our families hurdle the difficulties of life in the countryside,” Galingao stressed.

Before becoming a beneficiary of the Pantawid program, Remedios had been a volunteer preacher at the Free Believers in Christ Fellowship, Inc. since 2000. Aside from volunteering, she was also a farm labourer augmenting the meager income of the family.

Her husband cultivates a small parcel of land in Pasil and works as a farm labourer from time to time to have a guaranteed income to sustain the family’s living condition. Though they were both working, their combined income was not sufficient to finance the basic needs of their family, especially the school needs of their children, thus, their first and second children were not able to complete a higher level of education.

In 2009, the family was chosen as a beneficiary of the government’s Pantawid program and the assistance given to her family gave her a leeway to cope with their financial constraints. Due to her family’s active compliance with the program’s conditions, Galingao’s family has been consistently receiving cash grants in full, thus, her second child was inspired and was encouraged to enroll in the Alternative Learning system (ALS) in Pasil while her third and fourth children are presently enrolled at the Balbalan Agro-Industrial School, Balantoy, Balbalan town with above 85 percent compliance rate in school attendance.

Her children had also been actively involved in both school and community activities like the school intramurals and street dancing contingent where her daughter, Angel, was the dance group leader. Added to her children’s accolades are the awards and medals they have received.

In 2010, Remedios was chosen as the parent leader in her barangay cluster and in 2014, she became a barangay health worker receiving monthly honoraria of P500 which is an added income to her family. She admitted the new role added a new sphere of influence in her life as she continues to become an efficient and effective leader through her active participation in DSWD-sponsored parent leader training from level 1 to level 3 and other government-sponsored training.

Remedios admitted her self-confidence was later enhanced and her passion for serving was reinvigorated considering that her activities were actually a continuation of her voluntarism spirit and passion for serving because prior to the same, she was a volunteer preacher until she became a regular pastor of her congregation in 2012.

She was able to lead her group members to become actively involved in community services like the Brigada Eskwela at Balinciagao Norte and the school backyard gardening program of the Department of Health.

To contribute to the family income through the SLP capital fund, the Galingao family is currently raising ducks and native chicken as a family business. With the increase in the socio-economic activities of her family, life as a whole has become increasingly better for them.

Remedios wants the continuation and sustenance of the Pantawid program so that poor families like hers could have a chance to improve their socio-economic status. Believing that through the monthly family development sessions and other activities by the DSWD core programs, not only her family will benefit but also all the partner families.

This post has already been read 302 times!TABUK CITY, Kalinga – With the voter’s registration extended, the Commission on Elections