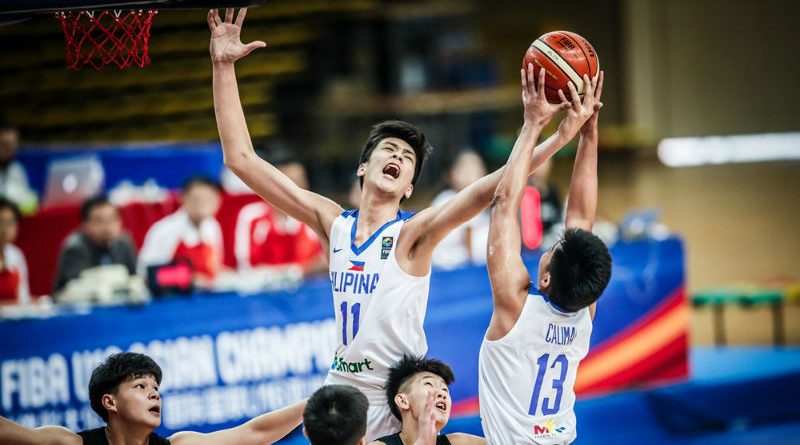 When the NBA G League announced that Kai Sotto has parted ways with Ignite and will no longer join the team in the bubble season at Orlando, Florida, many Filipinos were stunned by the way his fate in the 2021 G League has been sealed.

Many, however, might be getting this Kai Sotto NBA G League thing way out of hand. A lot think his failure to play a game for the Ignite was a wasted opportunity.

I think they are reading Kai and his team wrong.

Sure, this was an opportunity. But not as golden as some viewed it to be.

Secondly, this Filipino rising phenom is still too raw. Let me remind you all that he is just 18, in case you didn’t know or just completely forget about it.

Opportunities coming for this guy shall be plenty. After all, he is a Filipino who has shown potential to enter the NBA arena.

If Sotto could prove he can play amongts the big boys, NBA teams would be lining up to acquire his services because he would then become a walking marketing promotion.

Here’s another reminder why: Kazakhstan coach Renatas Kurilionakas at one time thanked Kazakh fans for their support but said they should be louder next time because watching a game isn’t like watching a movie. He said this  after the Philippines’ 93-75 win over his team during the FIBA Asia/Oceania World Cup Qualifiers in Astana.

That’s because the Filipino crowd were evidently more rowdy in cheering for Gilas than the Kazakh hometown crowd during this cold, wintery day.

Filipinos around the globe know how to patronize their own basketball brand and they showed it whenever there are tournaments held abroad like that Astana contingent.

The NBA and NBA teams know this. With the league expanding its borders in recent years, teams would be fooling themselves if they pass up drafting a Filipino who can prove he can play in their league.

Lastly, Sotto is likely making the right career decisions at a very young age. So is his father Ervin and his handlers.

For those who think he bugled his chance to get into the NBA by opting out, think again. Real hard.

This young kid’s being mindful of his obligations with Gilas is a good trait. And he complied it the right way.

Sotto sought the the G League’s permission to meet his previous commitments to play for the national team and was granted provided he immediately report back to the bubble after the last national team game.

Let me throw you a name to back up my stance: Dexter Shouse. He is a former PBA import who left Purefoods dry to pursue his “NBA dream” even though he has a live contract with the team.

There might not have been a 1989 San Miguel grand slam if Shouse didn’t fly out of the country unannounced to accept a contract by the Philadelphia 76ers.

At that time, his Purefoods team needed just one more win to reach the finals of the 1989 Reinforced Conference.

Although legendary tactician Virgilio “Baby” Dalupan was at the helm of the young but talented core of Alvin Patrimonio, Jerry Codiñera, Jojo Lastimosa and Nelson Asaytono, the import-less Purefoods team lost a heartbreaking 112-113 decision to Añejo Rum in the deciding playoff game.

Shouse earlier led Purefoods in shellacking the Beermen, 126-94, although San Miguel had since became a different team with new import, Ennis Whatley.

True-blue Purefoods fans still felt the sour taste left by this incident in their mouths.

Which proves why Sotto must be doing right in honoring his Gilas commitment.

At such young age, he is showing character that has him endeared Filipinos that of playing for country in the 3rd window Asia 2021 Qualifiers at the expense of a G-League stint.

Further, his team seems to be looking more and more genius in placing Sotto to a spot where he can succeed.

Here’s what Manila Times’ Mark Rabago observed about Ignite: “One thing I can say is coach Brian Shaw’s team seems to put a lot of premium on showcasing individual talent rather than team play. It’s a fast-paced, one-on-one, take-my-defender-off-the-bounce, shoot-the-first-chance-I-get brand of basketball that may not really be conducive in bringing out Kai’s best attributes”

Rabago might be up to something. Sotto might have doubts playing for a team that misspelled his name in replica jerseys sold to the public.

If accurate, getting Kai out of that scenario was a genius move and it was for his betterment. And what better alternative to choose than play for the Philippines during a FIBA tournament.

These early returns are pointing to good fortunes and better opportunities for Kai Sotto in the immediate future.

It has been said that “good things will come to those who wait”.

While I can’t say this as a sure thing in Kai Sotto’s case, I know for certain that his golden opportunities won’t run dry just because he choose to represent and play for the Philippines as a surefire starter in a FIBA tournament rather than probably coming off the bench for a NBA G League team that designs play sets which eventually doesn’t showcase his talents.

Sotto and his team just have to look at the LaMelo Ball template. If he keeps on improving his game and be exposed in the right tournaments that forces him to enhance his skill and earn eligibility, he doesn’t necessarily need the G League now to finally land in the NBA.