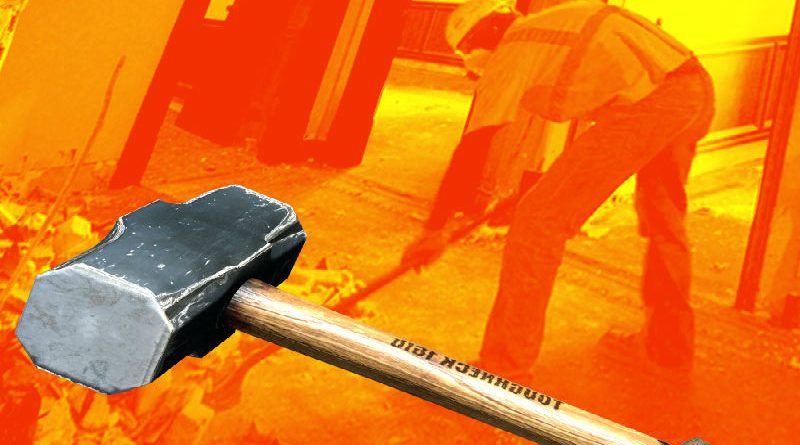 LA TRINIDAD, Benguet – The municipal government ordered a mayoralty candidate of Kabayan town and his supposed partner to stop the illegal dumping of soil, illegal construction and other forms of land development within a portion of the Shilan communal forest until such time that they are able to secure the necessary permits covering the same.

In a cease and desist order (CDO) addressed to Florante Bantales, Jr., a mayoralty candidate of Kabayan town and Romeo Bay-an, Mayor Romeo K. Salda ordered the Municipal General Services office and the La Trinidad Municipal Police Office to implement and monitor the compliance of the parties to the cease and desist order to ensure the continuous preservation and protection of the forest from being unduly damaged by the illegal land development being introduced by the said individuals.

In their letter to Shilan punong barangay Jeffrey Maslag, concerned residents of Sitios Tebteb, Sagapwi and Coral, Sabdang complained against the ongoing riprap and backfilling of FB Construction as the area being disturbed belongs to the Shilan communal forest where newly planted fruit-bearing trees were allegedly totally covered with soil, existing pine trees and other types of plants were heavily damaged among others.

Further, the petitioners claimed that the spring water in the said area that serves as the main source of their potable water will be polluted with the way the ongoing illegal dumping of soil and illegal construction is being undertaken by the said personalities.

According to them, the illegal activities of the developer is considered a serious threat to the livelihood of the people of Barangay Shilan, thus, the need for concerned government agencies and the local governments to immediately act on the said matter.

In an inspection report of Municipal Environment and Natural Resources officer (MENRO) Arthur Pedro and Environment Management Specialist Ma. Angelica Tinoyan, the team found out that there was a bulk of soil that was dumped along the Shilan-Lamut road which is located within the communal forest; the inspection team was informed by Bay-an that the area where the bulk of soil was dumped is located within their property; Bay-an claimed that negotations were done between them by Bantales in which the latter was given the right to improve the said area in addition to the fact that the area will be used as parking space for the equipment of Bantatles once the improvement will be completed; several matured Benguet pine trees and other tree species grown in the area will be adversely affected if the illegal construction of the parties will continue and aside from the illegal dumping of soil, Bay-an is also constructing a residential house in the area.

The inspection team informed Bay-an that the dumping of soil and the construction of the house are illegal without the necessary permits and that the area being developed is located within the Shilan communal forest.

Further, the cease and desist order stated that the acts of Bay-an and Bantales are alleged violation of the National building code, particularly Section 301 which provides that no person, firm or corporation, including any agency or instrumentality of the government, shall erect, construct, alter, move, convert, o demolish any building or structure or cause the same to be done without first obtaining a building permit and the local zoning ordinance, particularly Section 39, which provides that all owners, individuals, persons, corporations or developers conducting small, medium and large excavations for foundations of their structure, road opening, ground levelling and backfilling are required to secure excavation permit from the municipal government. By HENT