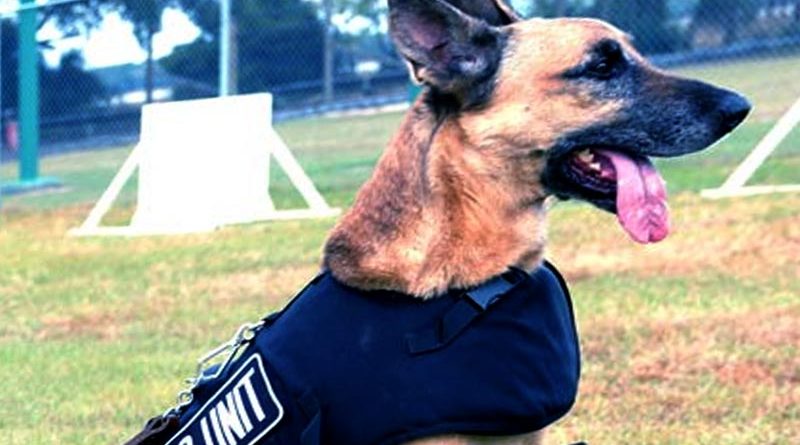 BOKOD, Benguet – An 83-year-old resident of barangay Poblacion, identified as Mina Balangay was reported missing since September 27, 2017. Police and fire officers, community volunteers together with personnel of Bokod Municipal Disaster Risk Reduction and Management Office (MDRRMO) initially started the search and rescue operations from September 28 to October 5 but occasionally interrupted due to moderate to heavy downpour of rains in the area.

On October 7, upon request of the family of the victim through Bokod MDRRMO, the Cordillera K9 Search and Rescue team jumped off from Baguio City to the said town to augment in the operations.

After three days of K9 SAR operations, the cadaver was found at exactly 1:36 in the afternoon on October 10, 2017 approximately 800 meters away from the residential area at Sitio Ampakeng.

“My canine detected the scent of the body in the flowing water from the creek. We traced and followed the stream and so we found the lifeless body of the victim within the forested area.” said PO1 Eric Accatan, K9 handler who spotted the victim.

The victim may have been slipped basing on the injury she incurred on the side part of her body, added PO1 Accatan.

This is now the third successful operation of the Cordillera K9 SAR team since it was organized in 2016.