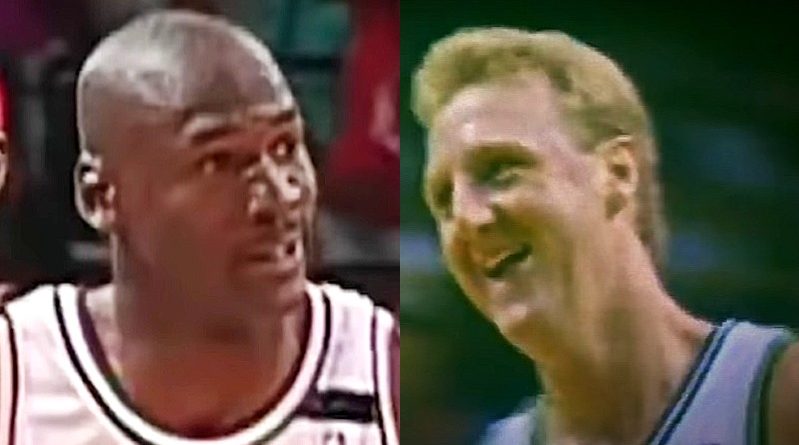 Again: Michael Jordan, Larry Bird, Kobe Bryant, Bill Russell, and Lebron James are my Top Five GOATS, in order of priority, and the reason I ranked them as such is the combination of skill set, team and individual accomplishments, stats accumulated during playing career, and most of all, their ability to carry a team to success.

Topics like this will always be subjective, as pointed out earlier, so there will be no “right” rankings. In fact, some feedbacks on the first part of this article points out the low ranking of Lebron James and the non-appearance of Magic Johnson or Kareem Abdul Jabbar in the top five.

My argument for Jordan and Bird is they may not be the most talented players of all-time but they are so valuable to their team’s success that if one is to remove them from the team they were playing, success rate ratio would dramatically drop.

These hypothetical trades led me to say Bird and Jordan is more valuable to their team’s success than Lebron, Kobe, Magic, Kareem and the rest of the field:

The Bulls traded Jordan to the Pacers for Reggie Miller

I will place all my money on the Pacers in this case. Clearly, Jordan is clearly the x-factor here. The team where he is automatically becomes the favorite to win the finals.

I have two scenarios for Bird:

The Celtics traded Bird to the Hawks for Dominique Wilkins

It’s now Kevin Willis, Glenn “Doc” Rivers, Eddie Johnson and Bird versus Kevin Mchale, Robert Parish, Dennis Johnson and Wilkins in the Hawks case. How do you like the Celtic’s chances now? And what about the Hawks’?

This match-up suddenly shifted to the Hawks favor. Further, I have a feeling Bird will make the Hawks better than what they were. Because of Bird’s presence, we should now be talking Rivers and Willis as better players over Dennis Johnson and Parish.

Do you now think Barkley would still have no rings? I tend to believe his combination with Bird and Moses Malone would probably give him at least one during the same three year, championship-less partnership with Erving (1984-1987). Overall, Barkley would he would have multiple rings as a Sixer with Bird in the line-up.

See more on the NBA:

On the other hand, here’s why it is more of the Heat/Cavs and Lakers as a team rather than Bryant, James, Johnson or Jabbar as an individual:

The Lakers will still be champions as Shaquille O’neal, Robert Horry, Rick Fox, Glenn Rice, and Miller would still have those three championships in the early 2000s while the Carter, Pau Gasol, Andrew Bynum and Phil Jackson combination should still be potent enough to win during the second run. Bryant, though, would make the chances of Pacers or the Nets increase. That’s why he is third on my list.

These trades will show that collective team effort, not James alone, got these championships. Pierce teaming with Dwayne Wade and Chris Bosh will still have a great shot at the two championships they actually got, or Leonard, Kyrie Irving and Kevin Love can give the Cavs 1 title in three 3 chances against the Warriors.

James also has great hand in building the line-up and asked for greater back-up too often to match his rivals rather than extracting from his current teammates basketball play to do the talking, further diminishing his “team uplifting” value in my criteria.

The Lakers trade Magic to the Jazz for John Stockton

No downscale here. It may not be as showtime Lakers but Stockton would still be as effective in getting the ball to Jabbar, James Worthy, Byron Scott and Michael Cooper for same success rate as when Johnson did it in the 80s and 90s.

The Lakers trade Jabbar to the Rockets for Hakeem Olajuwon

The Lakers should also still have the same success ratio with Magic dishing off to the Dream instead of Kareem, among others. It is also worthwhile noting that the only championship Jabbar won outside of the Lakers was when he teamed up with also triple double specialist Oscar Robertson.

This is why Bird and Jordan are a class of their own in my rankings. It’s the way they could and actually carried their teams, and not the other way around.

I could not lower Bird to accommodate Lebron as the greatest small forward with the knowledge that Bird once forgone a chance to have a quadruple double because he refused to reenter the game as his team is way ahead even though he lacked just one steal to complete it.

Caveats:
(1) I didn’t include Russell and Chamberlain because I haven’t seen enough of them and much of how they dominated during their time, although I could not ignore the 11 championships that the Celtics won during Russell’s 13 year career, including one where he was the playing coach;

(2) If we’re just considering possession of pure skill set as the criteria, I would rank James first, Magic second, with Bird, Jordan, and Oscar Robertson following in that order. Hakeem Olajuwon would be my sixth man.

James is the most talented player ever to handle a basketball, offensively and defensively in my opinion. He has the right body, athleticism, and can play any position. His only probable weaknesses are free throw and three point shooting efficiency, willingness to take the crucial shot and play defense consistently.

Magic Johnson showed he can play any position, too. He can also command multiple triple doubles. Ditto with Robertson and Bird.

Bird’s advantage over them is he can light it up from anywhere in the court, including the free throw line. Jordan’s ability to score and play excellently on both sides of the floor, with great premium on scoring, makes me put him on this list.

Olajuwon is the most talented big man who played in the NBA, one who showed he can perform several aspects of the game. He is one of the few big men who possess the moves of a guard.