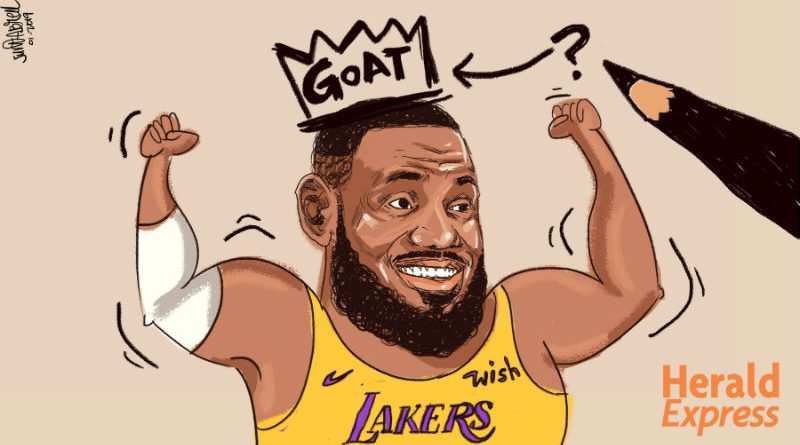 It’s been said that availability is one of the best assets of an athlete, and rightfully so. It will always bring joy to a team’s fandom whenever they see their favorite players participating in crucial games like those of the playoffs.

For the current batch of players, LeBron James and Andre Igoudala are the best in this aspect, proof that they show up when their teams needed them most.

For these two, they don’t only show up, they also contribute to their teams’ success wherever they go.

James has been with three teams in four different timelines, considering he had two stints with the Cleveland Cavaliers to go along with his joining the Miami Heat and Los Angeles Lakers.

Meanwhile, Iguodala is also on his 4th team which includes stints with the Philadelphia 76ers, Denver Nuggets, Golden State Warriors and the Heat.

James played in his 260th playoff game in Game 6 of the NBA finals. He takes the title of having played in the most playoff games in NBA history after breaking a tie with Derek Fisher at 259.

James improved his standing in the list of NBA players who played in most finals games. He compiled 55 finals games in his career to tie Jerry West at 4th place.

Incredibly, his 55 games are more than the finals games played by 28 current NBA franchises, 27 if we include games prior to the NBA merger.

Only the Lakers, and the Boston Celtics had more. The Golden State Warriors played 48 finals games in the NBA and 11 in the Basketball Association of America, one of the leagues combining to form the NBA.

He just overtook the Sixers which saw action in 53 finals games.

Igoudala played in 32 games in the finals. Only 29 players have played more than him in NBA history. He moved past the Celtics original Big Three of Larry Bird, Kevin Mchale, and Robert Parish (31), Parker, Ginobili and Dwayne Wade (29).

James appeared in his 10th Finals in 17 NBA seasons, winning 4 of them.

James has been a part of 13.5% of the NBA Finals in NBA history.

Iguodala appeared in six finals, done consecutive consecutively. His streak is tied for fifth all-time. Russell (10) leads this list. Following at second are Jones and Heinsohn with 9 each. James and Ramsey are at third with 8.

James Jones, K.C. Jones, and Bob Cousy are next with 7. Accompanying Iguodala at fifth is Sanders.

Igoudala’s team (albeit it was the Stephen Curry, then with  Kevin Durant, led Warriors) won three championships during those six trips. His contribution, however, was nothing but substantial as evidenced by a Finals MVP trophy in 2015.

This post has already been read 16850 times!…if they played under 1998 rules and style. Sorry, Draymond Green. Yeah, you