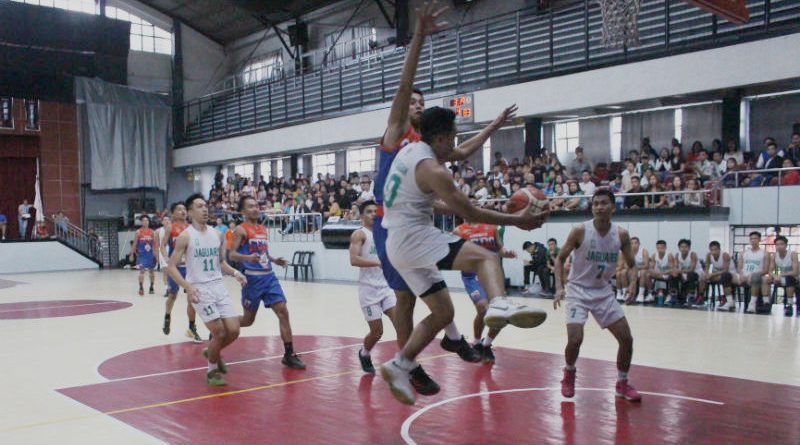 The University of the Cordilleras (UC) Jaguars held off the Cordillera Career Development College (CCDC) Admirals at bay, 92-85, in the main game of the Baguio-Benguet Educational Athletic League (BBEAL) Sunday, October 20, 2019 games to avoid being swept during the weekend.

The Jaguars were again engaged in a nip and tuck affair late in the game as they did with the Saint Louis Navigators a day before. They threatened to blow the game wide open going to the final stretch in the fourth quarter, leading 81-74 with 4:34 left in the fourth.

The Admirals, however, dropped a 9-2 run while forcing turnovers with their pesky defense in just a minute to trim the lead to just two, 83-81 and make it cardiac ball game.

After a UC timeout, the Jaguars pulled out consecutive defensive gems themselves by forcing three Admiral turnovers on presses and double teams and converting them to easy lay-ups to restore order, 89-81, with two minutes left.

The Admirals countered by going to the court of last resort but missed a number of uncontested three point attempts the rest of the way to hand the Jaguars the win.