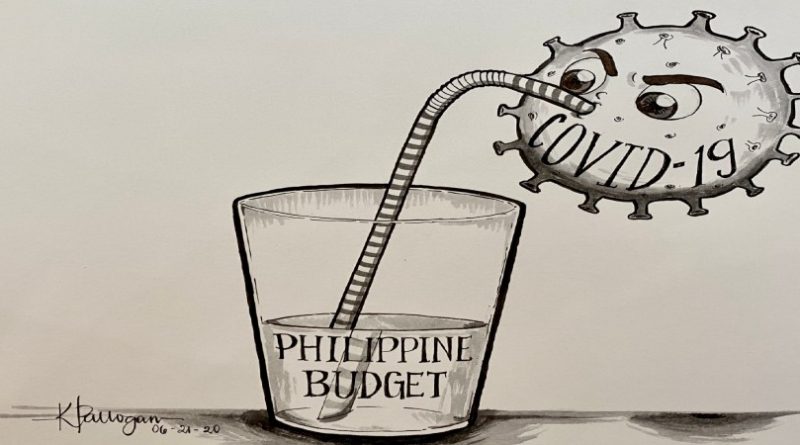 The national inter-agency task force on emerging and re-emerging infectious diseases decided to maintain the modified general community quarantine (MGCQ) for most part of the country, GCQ for some parts, and reverted Cebu City to expanded community quarantine (ECQ) following the sudden surge in the number of confirmed Coronavirus Disease 2019 (COVID-19) cases since the implementation of the status of most parts of the country. Many believe that with the sudden increase in cases in the different parts of the country, the epidemiology curve has not yet been flattened and the worst is yet to come in terms of the wrath of the global pandemic. The decision of the inter-agency task force was reportedly based on science where experts from the different top level schools in the country, including those from the academe, continue to provide the government with data analytics on the latest trends of COVID-19 in the various regions of the country.

Policy makers and decision makers are now in a quandary on how to strike the balance between the state of health of the people and the economy that suffered a significant slump during the implementation of the extended Luzon wide ECQ for over 2 months prior to its downgrading to GCQ. Admittedly, a huge number of people lost their good paying jobs while businesses lost golden opportunities to earn decent income, especially during the conduct of different crowd-drawing events that were eventually cancelled, because of the sudden rise in confirmed cases in urban centers around the country. Surely, everything went wrong during the ECQ period as everyone started to be concerned with their health and safety because of the wrath of the deadly virus in the global village. No one could predict the outcome of the pandemic, except that it deprived people of free movement, opportunity to be resilient, and businesses the ability to thrive even in an ailing economy.

Definitely, the global economy is in virtual disarray. Most countries, including the developed ones, are now scampering for safety on how to revitalize their respective economies to provide adequate employment opportunities for their constituents and businesses to regain their status in the community. Some countries are able to re-open their economy with a bang, some nations are still on the verge of doing so, while some countries are simply wanting to do so but cannot still start the gradual operation of businesses because of the effect of the surge in COVID cases that has created fear among their populace.

Obviously, the differing opinions of exerts has caused confusion among the public. Some health specialists using state-of-the-art models claim that the Philippines has not yet reached the peak of the pandemic while our very own health officials claim that the country has already reached the peak and is on the way of flattening the epidemiology curve. By mere value on the figures, the Philippines is still on the verge of reaching the peak and flattening the curve although the good news is that the number of deaths from the deadly virus drastically decreased since the start of this month. Further, another thing going right for the country is that the number of patients recovering from the infection started to double for over a week now. The only issue that has to be effectively and efficiently addressed is the surge in cases which is probably understandable because of the increased testing capacity of the increasing number of accredited sub-national testing centers in the country. Moreover, there are now many asymptomatic people who are being tested positive of the illness which warrants the enhancement of the targeted and expanded testing to be able to ascertain the degree of infection on the certain percentage of the country’s population.

We agree to the contention of experts that the fight against COVID-19 just started, it is far from over and it will not be over until such time that there will be affordable vaccines and medicines that will be discovered to cure the virus. Among the significant effects of the global pandemic to the population is their displacement from their previously good paying jobs, mental anxiety to those who have such problems even prior to the start of the community quarantine and similar cases to the mentally sound people, forced closure of businesses and the virtual stoppage of the fast growing economy.

Many people are now asking if the government and the private sector have magic pills to cure the socio-economic problems created by the pandemic but the answer is that there is no immediate solution to the problems and what is readily available is the resilience of the Filipinos which will surely bring to greater heights once we are all united in moving to the right direction of growth and development.

We have time and again stated that the ballgame is not over until the last second. For COVID-19, it will not be over till we work and move as one for the resumption of economic activities as even government and private sector resources have been exhausted for amelioration to the heavily impacted sectors of the nation.