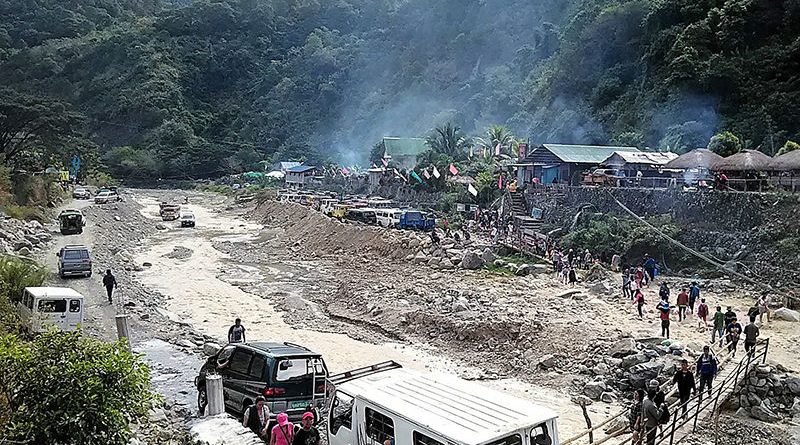 ITOGON, Benguet– The municipal government ordered the temporary suspension of the operations of swimming pools in the municipality to help contain the recent surge in the number of Coronavirus Disease 2019 (COVID-19) cases that might compromise the local health care system and stress the limited frontliners.

Mayor Victorio Palangdan, in a recent advisory, stated that the suspension of the operation of swimming pools in the municipality will be from April 8-30, 2021 following the uncovered violations of the same after the pools were allowed to be operational.

He noted that there had been observations on the alleged failure of resort and swimming pool operators to comply with the prevailing implementation of the basic health protocols and physical distancing during their prescribed operating hours.

Worst, Mayor Palangdan disclosed that resort and swimming pool operators allegedly allowed liquor to be served in the premises of their resorts that eventually caused people to openly violate the existing health and safety protocols while spending time in the aforesaid resorts.

Mayor Palangdan tasked the barangay councils and the Itogon Municipal Police Station to monitor the compliance of the resort and swimming pool owners to the aforesaid advisory to ensure that there will be no untoward incidents that will transpire that will cause the unpredictable surge in the number of COVID cases in the municipality in the future.

Earlier, the Baguio-La Trinidad-Itogon-Sablan-Tuba-Tublay (BLISTT) local chief executives issued a joint advisory for the re-implementation of stricter border restrictions in their areas of jurisdiction that will run from April 8-22, 2021 in compliance to the strict rules on the movement of people and mass gatherings to avert the continuous surge in the number of COVID cases.

As health facilities and isolation centers are now fully occupied.

The resorts and swimming pools in the municipality are among the frequently visited places by residents not only from the BLISTT but also from other places in the Cordillera.

The local chief executive expressed hope that the resort and swimming pool operators will strictly comply with the temporary suspension of the operation of their facilities since containing the surge in COVID cases is one of the primordial concerns of the municipal government because local officials do not want that the local health care system will be compromised and that the health workers will be stressed.

The municipal government previously allowed the regulated operation of resorts and swimming pools in the municipality as part of the overall efforts of both the national and local governments to gradually and safely open up the local economy following the serious negative impact of the implementation of the various levels of community quarantine to the economic activities of people in most parts of the world for over a year now.

He appealed to the people in the municipality to understand the current predicament of the concerned government agencies and the local government in addressing the effects of the pandemic because of the need to prioritize the health and safety of the people over anything else to be able to hurdle the existing difficulties in life.