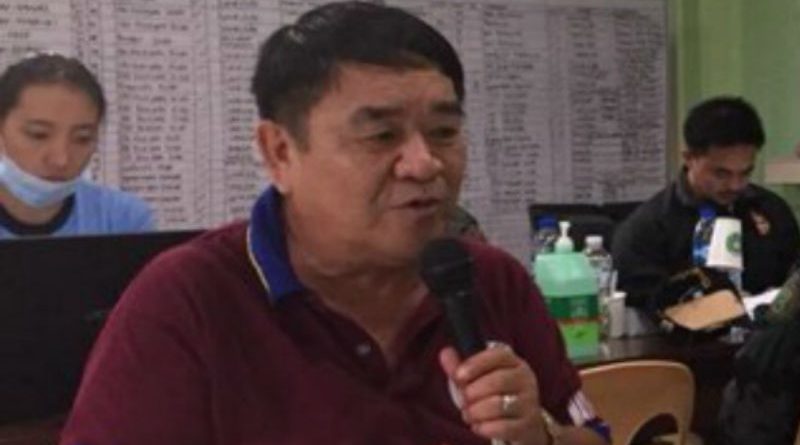 ITOGON, Benguet – The municipal government immediately lifted an earlier order imposing the stoppage or cessation of mining operations in the municipality following the significant drop in the number of Coronavirus Disease 2019 (COVID-19) cases amidst the recent mass testing conducted to ascertain the percentage of the population in the mining areas that had been infected with the deadly virus.

Mayor Victorio T. Palangdan issued Executive Order No. 21, series of 2020, stating that with the enhanced health and safety measures being implemented by the various mining companies compliant with the omnibus guidelines on community quarantine promulgated by the national inter-agency task force for the management of emerging infectious diseases, the safety and welfare of the residents within the mining areas is secured, thus, the mining operations can already resume the soonest.

He claimed the three mining companies operating in the municipality, Itogon-Suyoc Resources, Inc., Philex Mining Corporation, and Benguet Corporation, reported they are strictly implementing the necessary health and safety protocols in their existing working areas to prevent the further transmission of the deadly virus among their workers and their household members.

On November 4, 2020, Palangdan issued Executive Order No. 20, 2020, that ordered the cessation or stoppage of mining operations in the municipality because of the sudden surge in the number of COVID-19 cases among mine workers and some members of the communities living within the vicinity of the mining camps.

The municipal inter-agency task force, the Municipal Disaster Risk Reduction and Management Office (MDRRMO) the Municipal Peace and Order Council (MPOC) immediately convened a joint meeting with the participation of representatives from the three mining companies to discuss issues and concerns surrounding the sudden surge in COVID cases in the mining camps.

Representatives of the three mining companies reported to the task force that in response to the sudden surge in confirmed COVID cases in their areas of operation, the companies have established temporary treatment and monitoring facilities for those with positive test results, and that they have with them medical personnel such as doctors, nurses and attendants who are working in their respective facilities as their contribution in helping lessen the burden of the existing limited health facilities.

Further, the companies also reported that the swab testing and contact tracing in their respective mine sites have been conducted and that the firms are doing their best to respond to the prevailing situation trigged by the surge in the number of confirmed cases in the municipality.

Itogon is one of the three mining towns in the province where large and small-scale mining is the primary source of income of the majority of the populace because of the presence of rich mineral deposits that had been the subject of long-term mining operations tracing back to the early 1900s.

11       11SharesThis post has already been read 1921 times!Winners of the 2021 Productivity Olympics were announced during the First Ever Virtual