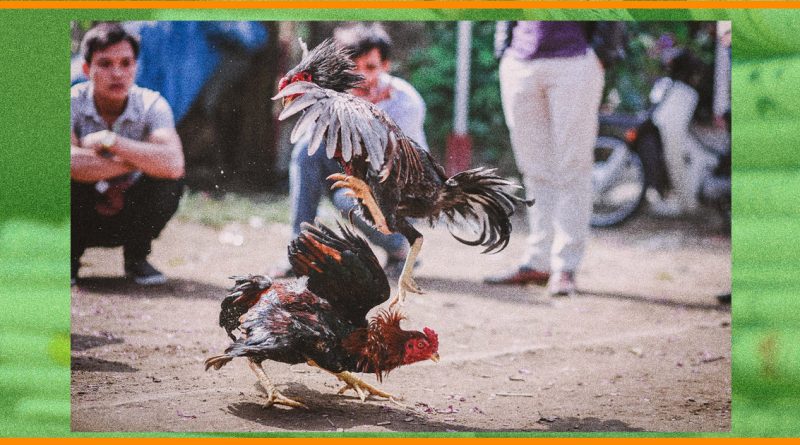 ITOGON, Benguet – Concerned residents are now up in arms against the operation of a cockpit arena in barangay Virac both due to the unsafe proposed site and it is against norms and morals of the community.

Sources, who requested anonymity for security reasons, claimed they have sought the assistance of the local parish in opposing the setting up of the cockpit but it seems such appeal fell in deaf ears, thus they are now seeking other venues to air their sentiments against this cockpit for the appropriate action of concerned government agencies  and even the municipal government.

However, the sources admitted that the Benguet-Baguio Cockers, Inc. was reportedly issued the requisite barangay clearance and municipal business permit for the purposes of operating the said cockpit even without the mandatory consultations with the affected residents living in the communities surrounding the gambling site.

The said cockpit arena was established in one of the tailings storage facilities owned by the Benguet Corporation (BC), one of the oldest mining companies in the area, but the sources disclosed that the said site is allegedly unsafe and hazardous to the cockfighting aficionados who will be regularly participating in the gambling activity in the area because of the accumulated mine waste and tailings in the site.

Earlier, BC had been issuing its continuous opposition to the establishment of the cockpit arena in the area but the same had allegedly fell on deaf ears.

According to the sources, the cockpit operation is being used by some politicians to allegedly raise funds for their personal and political interests, especially with the upcoming conduct of the May 9, 2022 synchronized national and local elections.

The sources argued that the continuous operation of the cockpit area will have a serious negative social impact that outweighs the supposed economic benefits such as the raising of funds for personal and political purposes and revenue for the host communities. Aside from having adverse effect on the vitality and social health of the people living in the municipality.

The sources expressed concern that marriages and families, including the youth, will bear the brunt of the evil effects of gambling in general that is why the Church should already intervene in the said sensitive matter to oppose the continued operation of the cockpit and the presence of any form of gambling in Baguio and Benguet.

The sources rallied all Baguio and Benguet sectors to join hands for the overall protection of the vulnerable members of the community, guided by their concern for the common good in creating a community free from the ill effects of gambling.

BC informed the cockpit operator that the establishment of the cockpit was done without any consent from the company and the same is considered as illegal.

While the company does not want to meddle in questioning the legality of the issued barangay clearance and business permit, BC asserted its ownership, control and possession, thus, it is duty-bound to protect this from non-impairment of its use and occupation and that it shall only be used for purposes of maintaining the company’s operation as granted by law.

Further, the construction of the cockpit in the area was done without the requisite locational clearances and building permit from the municipal government which is a clear violation of the National Building Code.

Under prevailing rules and regulations, the company’s tailings storage facility is being regulated by the Department of Environment and Natural Resources and that such use and occupation of the facility and its adjoining premises is a direct violation of the Philippine Mining Act of 1995 which will entail not only environmental violations on the part of the operator but ultimately criminal liability in direct contravention of the same.

BC emphasized that claimants in the area had long been paid and settled by the company over the past several years, thus, it earlier requested the cockpit operator to cease and desist in the continued conduct of the cockfighting business in the area and for the operator to dismantle or voluntarily remove or demolish all improvements introduced in the area.

The mining company warned the operator that its failure to comply with the cease and desist order will compel the former to exhaust all legal remedies the law may provide to ensure the removal of the said illegal cockpit that was established in the area.