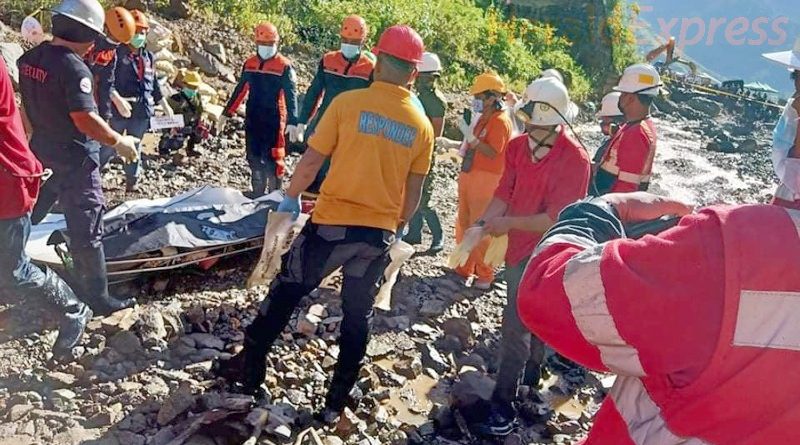 ITOGON, Benguet – The municipal council approved a resolution commending all the companies and entities who actively participated during the search and retrieval operation conducted at barangay Luacan, here, recently. Under Resolution No. 303-2021, it stated that the officialdom of the municipality, through the local  legislative body, knows that no amount of words can truly express the depth of their gratitude for all the tremendous outpouring of help, assistance, sacrifice, kindness and generosity that was shown and extended and that all the same, will be forever cherished and appreciated.

On August 17, 2021 at around 10 am, it was reported that a landslide occurred at Antamok River, Luacan barangay that buried the live-in partners Nestor Talangkang and Morena Linta, after they sought refuge under a boulder.

During the 4-day search and retrieval operation, human compassion was overwhelming and outpouring as exemplified by the generosity of those who immediately lent a helping hand.

According to the council, the gesture of the companies and entities in assisting in the search and rescue operation is worthy of emulation by similarly situated institutions in other parts of the province.

Itogon is one of the areas in the region that have numerous geographically hazardous areas due to the ongoing mining activities being undertaken by large-scale and small-scale mining groups.

Philex legal and administrative division head lawyer Eduardo M. Aratas expressed the company’s gratitude to the municipal government for appreciating the company’s efforts in extending whatever the company can afford to help local governments and concerned government agencies in the conduct of search, rescue and retrieval operations and other activities geared towards protecting life and limb from being exposed to natural and man-made calamities. By HENT

11       11SharesThis post has already been read 1645 times!Winners of the 2021 Productivity Olympics were announced during the First Ever Virtual