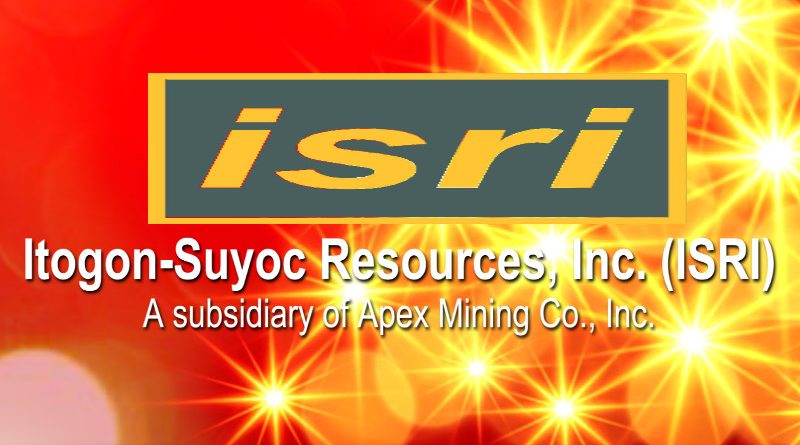 ITOGON, Benguet – The Itogon Suyoc Resources, Inc. (ISRI), a subsidiary of the Davao-based Apex Mining Company, Inc., (AMCI), will continue to embark and enhance its safety-first policy to ensure the conduct of responsible mining within its existing Sangilo mine located in barangay Población here.

ISRI officer-in-charge Dr. Eric S. Andal, during the regular Kapihan with the Cordillera office of the Mines and Geosciences Bureau (MGB-CAR) and mining industry stakeholders,  stated that one of the major highlights of the said policy is that newly hired employees undergo a safety orientation and familiarization of its operation.

He added that prior to the deployment of the newly hired workers, they will be subjected to assessment and certification by the company’s safety department to ensure their awareness of the safety regulations that are being strictly enforced within the mine site.

Further, the company conducts regular monthly safety meetings among its workers aside from the implementation of appropriate underground support, especially for those underground workers and the conduct of regular safety drills.

The ISRI official disclosed one of the company’s best practices in the mine site is the conduct of prayer and pep talk among the employees and their superiors every start of their shifts.

According to him, the wearing of personal protective equipment by the workers is a must as part of the industry standards in the operation of mine sites.

Andal reported that selected members of the company’s emergency response team regularly undergo mine rescue and first aid training to help hone their skills and knowledge on how to deal with emergency situations during natural and human-induced calamities not only in the mine site but also in the company’s host and neighboring communities.

Earlier, the Philippine Mine Safety and Environment Association (PMSEA) awarded ISRI for having the Safest Exploration, Safest Underground Operation and Most Improved Safety Performance during the 2020 Presidential Mineral Industry Environmental Award.

From 2012 to 2015, the company produced 30 to 50 tons per day of ore before it proceeded to the resumption of mining activities simultaneous with the so-called development efforts with a daily production of 50 to 75 tons of ore from 2015 to 2020.

From 2020 to present, ISRI is now producing some 200 tons of ore per day with the use of conventional and semi-mechanized mining at Levels 0-500.

ISRI continues to work on the company’s remaining old working areas aside from the incorporation of fresh veins and its ongoing big brother, small brother (BBSB) program that seeks to further increase its daily production to 400 tons per day.