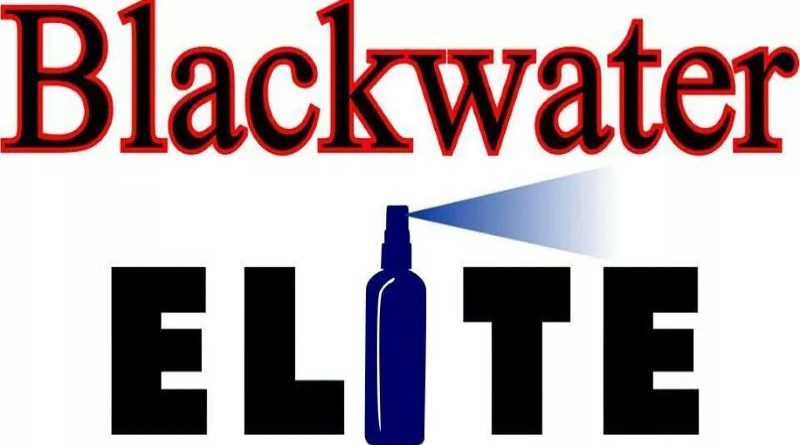 An unexpected turn of events rocked the Philippine Basketball Association (PBA) recently when the owner of Blackwater Elite publicly announced on Wednesday, July 15, 2020 that he is putting up the team’s PBA franchise for sale at P150 million.

Why the sudden announcement that seemingly came out of the blue?

Most fingers are pointing the cause of this major development in the league to a statement made by Elite team owner Dioceldo Sy in an online interview that said the team has resumed workouts at a date well ahead of the approval of the PBA.

It will be recalled that any kind of sports gatherings had been prohibited by the Inter-Agency Task Force (IATF) during the quarantine period.

The PBA and football organizations subsequently applied for permission to conduct trainings which was eventually granted by the IATF.

Over a week ago, Sy appeared in a nationally televised TV 5 / One Sports show “Sports Page” and claimed that the Elite conducted a “team workout”.

The PBA Commissioner’s Office then issued a letter signed by Commissioner Willie Marcial, asking the Elite to put into writing what exactly happened during the practice session as the PBA has yet to set a formal date on when workouts will start.

The Games and Amusements Board was also looking to impose sanctions because the IATF has yet to officially issue guidelines on how teams should conduct the trainings.

It is at this point that things went south as Sy, perhaps out of spite for being chastised, openly declared his intention to put up the Blackwater franchise for sale at the mentioned staggering price.

He was also quoted by reports to have said that he lost interest in the PBA.

Before this announcement was made, there were no indications that the team or the company that owns it is in any financial trouble or they are giving up on the PBA as an advertising tool for their product that could prompt the voluntary withdrawal from the league.

From the looks of it at a distance, this is likely a result of simple misjudgment and a spur of the moment between two parties who are just doing the right things.

Both parties are currently passionate in defending their own grounds.

The PBA had been unwavering and consistent its stance against teams and players violating IATF rules.

The league made it clear that physical conditioning activities will not yet start without formal notice from them and workout sessions will not be allowed to start without the players undergoing the required swab tests.

It also set hefty fines for players, coaches, and team personnel who violate health protocols during the resumption of practices that will supposedly begin on July 22.

The PBA earlier slapped Ginebra’s Japeth Aguilar and Rain or Shine’s Adrian Wong a P20,000 fine each, made them undergo swab testing and ordered them to undergo quarantine for being involved in scrimmage during the quarantine period. They were also told to do community services.

It’s no surprise that the PBA issued the same kind of sanctions to Blackwater after getting knowledge from the owner himself that its players were involved in training sessions.

On the other hand, Sy felt the sanctions, especially from the PBA. were unnecessary and unfair as he was just helping getting the league back on its feet.

He felt he did commit any violations and there were no workouts conducted by his team.

Sy, in a team statement to the PBA, insisted that he used the wrong choice of words in describing the situation he saw inside the Aero Gym during this visit to the training facility of Blackwater.

He said that all health protocols, including proper social distancing and wearing of mask, were observed during his stay and that everybody went home shortly thereafter.

Blackwater clarified in a letter to the league that there were two Elite players who were merely doing shooting drills on opposite sides of the floor when the owner visited training facility.

The letter said use of the term “practice” by Sy in the interview was perhaps due to his “excitement” over the much-awaited start of PBA activities.

The letter also clarified Sy’s mentioning of “four players in an hour or total of eight players in two hours”. The team said Sy was only referring to the planned program of Blackwater, which is consistent with the IATF-approved protocols for the PBA.

The latest reported developments as we went to press showed the PBA board took offense of Sy’s unilateral setting a price for the franchise and questioned his level of commitment to the league.

On Blackwater’s side, emotions have calmed down and Sy admitted he made his comments out of frustration after hearing the PBA and GAB’s intention to imposed fines on the team.

The team expressed willingness to comply and abide the sanctions imposed, which they initially plan to appeal for a reduction of amount, while Sy reiterated their full commitment and desire to play until this series of incidents came along.

Here’s hoping that the opposing sides let emotions totally cool off first and can come into a compromise. As a fan simply looking outside in, they are just doing what they’re supposed to do.

A 62-year old owner has no business going to a training facility with players having shootings drills during a pandemic like this. He still went there when he has all the reasons not to.

Truthfully, his players should not be there either for the same reasons as their owner but they were, probably making themselves stay in shape.

Meanwhile, the PBA is rightfully doing its part to prevent the spread of the deadly COVID-19 virus.

While harsh words and actions were said and done, both parties seemed genuinely looking out for the general interest of the players, other personnel, the league, and the fans.

It will for the league, the personnel and the fans’ benefit if both parties let rightful penalties be imposed, have the Blackwater Elite participate in the league like the way they did before this incident and let bygones be bygones.