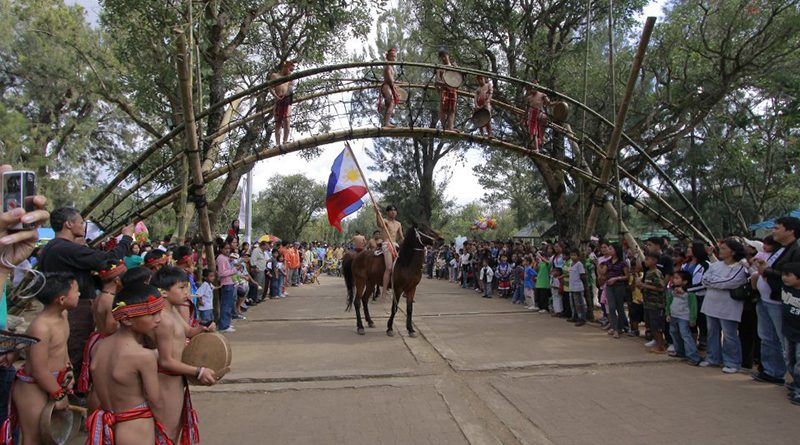 After almost a decade of dormancy, Ipitik Festival makes a comeback during the month-long celebration of the Panagbenga Festival 2020 at the Rose Garden, Burnham Park at March 28- April 5.

Ipitik Festival aims to showcase and celebrate the cordilleran culture, tradition and arts through different activities.

Anthropologist Padmapani Lim Perez said that Ipitik Festival is a revitalization of culture celebrating ritual and old ways even it breaks the rules of tradition. He emphasized that culture is the continuing re-invention of ways of life that will continue to hold meaning to everyone even the world changes.

“In this, Ipitik truly succeeds: it bridges a gap between generations of Cordillerans and epochs of Cordilleran history, and between the solemnity of a sacred offering and the light-heartedness of a good drink shared among life-time friends,” Perez added.

The Ipitik Festival will officially open on March 8 with a rice wine ceremony, followed by the Search for the Master Tapuy Brewer, Cordillera Gong Show, the 6th on the spot wood carving competition, The 3rd Pinikpikan cook-fest and capping the day is a dance and musical concert by the University of Baguio (UB) Voices and graces and Ubbuk.

The cook fest is a non-competitive event that aims to serve a traditional Cordillera native dish – pinikpikan – for the Ipitik Festival revellers. The Pinikpikan will be served in banana trunks and coconut shells primarily to keep in line with the desire to reduce non-biodegradable waste and to subliminally change the mindset of city folks. Hotel and Restaurants Management students of different colleges in the city will participate in the massive cook fest which is expected to exceed the 2500 people fed during the last staging of the event.

During the first day of the week-long festival, elementary and high school students from the different public and private schools in Baguio will showcase different cultural dances of Cordilleran origin accompanied by the beat of the gongs

The highlight of Ipitik Festival 202 is the search for Master Tapuy Brewer on March 28, 2020. Tapuy is a local rice wine. Tapuy is used for occasions like weddings, rice harvesting ceremonies, fiestas and cultural fairs.

The rice wine brewers from Baguio City and neighbouring provinces are invited to join the search for Master Tapuy Brewer. Aside from the cash prizes, the winning brewer will get the city’s stamp of quality and his brew will be provided assistance for business mentorship and production, bottling, branding, and marketing by the Department of Trade and Industry (DTI).

“The Ipitik Festival recognizes the wine making skills of the Cordilleran. Each village in the Cordillera has an ingenious way of preparing tapuy. This event is not only a tribute to Cordillera rice wine-makers but to all the people of the Cordilleras,” said anthropologist and local historian Isikias Picpican.

Ipitik Festival will also highlight the craftsmanship of Cordillerans through the 6th On-the-Spot Woodcarving Competition which will be held at the Rose Garden, Burnham Park on March 28.

The participating woodcarvers will create totem poles depicting festivals and rituals of the Cordilleras. Their finished pieces will be installed at the Melvin Jones Dap-ay.

“Community art is a people centered, interactive creative effort that offers audiences an opportunity to participate and share in the making of an artwork. It is open to the public, children, communities, fellow artists and so on,” explained Katrin de Guia, Founder of Heritage and Arts Academies of the Philippines.

All interested applicants for the Search of Master Tapuey Brewer and Onsite Woodcarving competition will undergo a screening and selection process. A list of selected competitors will be announced on the Ipitik FB page on March 10, 2020 at 9:00 pm. In addition, the mechanics and guidelines for the competition will be provided on March 11 to the chosen contestants.

Interested applicants may request for an application form and submit via the following methods:

Request and/ or submit an accomplished application form with attachments to the Ipitik 2020 Secretariat located at the Baguio Tourism Information Center along Lake Drive, Burnham Park (adjacent to Solibao Restaurant and the Skating Rink), or through e-mail at CBCC.ipitik2020@gmail.com, or through the Ipitik Facebook

PETCHA BRIDGE – This piece of community art by Baguio artist Rene Aquitania is inspired by an ancient popular rite from the Central Cordillera Mountain Range. Since time immemorial, people there have pooled their efforts every year to build a bridge over a wild mountain river that separates two communities. The passage was created by anchoring large tree trunks in the rocky ground on the two opposite river banks, then slowly bending the wood until they could be roped together in the middle over the stream. It was a perilous procedure which to be successful, required great collaborative skills– physically (nimbleness) and emotionally (mutual trust). Symbolically and practically, this rite tied together the traditions, livelihood and fate of two neighboring tribes.