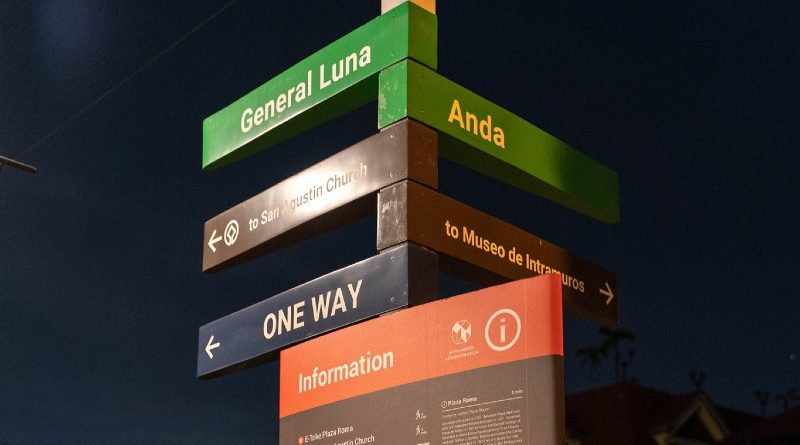 The evident directional signs dubbed as ‘way finders’ installed in the different parts of Intramuros to serve as guide for visitors will soon be replicated in the city as part of the efforts of the city government to gradually and safely revive the local tourisms industry.

Supervising City Tourism Operations Officer Engr. Aloysius Mapalo reported that the Tourism Promotions Board (TPB) initially approved a P7.9 million fund as part of the board’s assistance to the city government to improve its existing directional signs leading to the various tourist destinations to make it easier for visitors to reach their desired destinations when touring the city with the design similar to the ones installed led by the Intramuros Administration leading towards the various destinations in the Intramuros in the said area.

Earlier, Mayor Benjamin B. Magalong led a delegation from the city government that visited Intramuros, Manila last week to look into the best practices of the Intramuros Administration that could be replicated in the city to further boost the city tourism industry once the same will be opened for visitors.

Mapalo disclosed the 3-day visit to Intramuros was fruitful because city officials were able to get the commitment of TPB headed by chief operating officer Antonette Velasco Aliones for the second phase of the plan of the city to install directional signs leading to the various tourist spots.

According to him, the Intramuros Administration assured city officials they will lend to the city the program of work and the cost estimates of the directional signs for the city’s use.

He expressed the city government’s gratitude to the Intramuros Administration for allowing the city to have access the designs of the directional signs making it easier for the technical personnel to work out the suitable designs for the city.

The city tourism officer said that the local government will continue to improve the current state of the various tourist spots in preparation for the gradual and safe opening of the local tourism that will help in reviving the local economy that was heavily impacted by the prevailing implementation of various levels of community quarantine to contain the spread of the deadly virus in the city.

Last October 1, 2020, the city started accepting visitors from Northern Luzon before expanding the same to tourists from Luzon provided that they will register the established online registration platform that was set up for the said purpose to control the influx of tourists as the number of arrivals had been limited to 1,000 daily. By Dexter A. See

This post has already been read 854 times!TABUK CITY, Kalinga – With the voter’s registration extended, the Commission on Elections