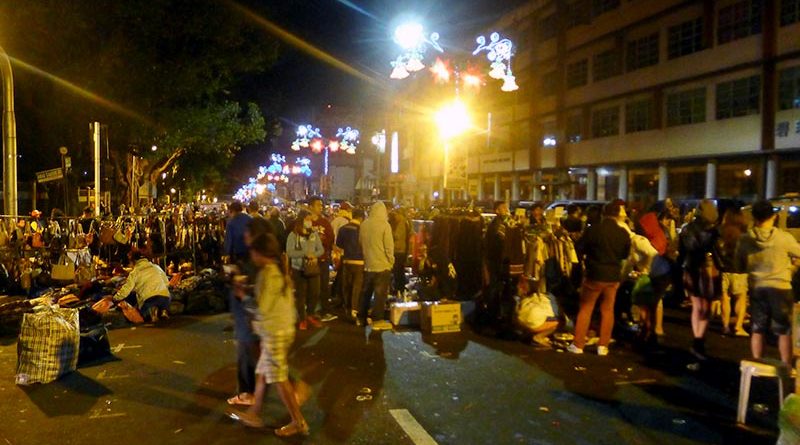 BAGUIO CITY  – The City Council Committee on Market, Trade, Commerce and Agriculture is currently studying the introduction of the necessary innovations in the operation of the city’s night  market to sustain its established identity as one of the city’s must-see activities and increase its potentials as a long-term source of livelihood of residents.

“We are currently studying the best practices of major cities in the country and overseas to ascertain the appropriate innovations to our existing night market operations to further develop it and sustain its ability to entice residents and visitors,” Councilor Yangot stressed.

The operation of the city’s night market along a 500-meter portion of the Harrison Road started over 10 years ago primarily to serve as an alternative vending area for ambulant vendors who were often apprehended by the Public Order and Safety Division (POSD) personnel because of their violation of the anti-peddling ordinance. Previously, the site of the night market was at the basketball court of the Baguio Athletic Bowl before it was transferred along Harrison Road that eventually made it one of the major tourist attractions in the city because of the quality of products being sold by the over 1,000 night market vendors doing business in the said area.

Yangot added that even if the night market will be transferred to the proposed perimeter of the Melvin Jones football ground, the appropriate innovations will still be implemented because the improvement of operations will result to the betterment of the vendors, the public and the local government.

Based on the report of City Treasurer Ales Cabarrubias, the local government is generating some P1.3 to P1.5 million monthly income from the regulatory fees paid by the night market vendors even with less infrastructure investment from the city through the years aside from the fact that it has contribute in providing over 1,000 local residents a legitimate source of income instead of doing peddling along sidewalks and face the consequence of being apprehended and fined.

The alderman emphasized it is time for the city government to consider introducing appropriate innovations acceptable to the vendors so that the maximum potential of the night market is achieved while sustaining its ability to attract tourists and residents.

He appealed to the vendors to be open to innovations in the operation of the night market that will be introduced because it is their welfare that is being principally considered in the studies that are underway.