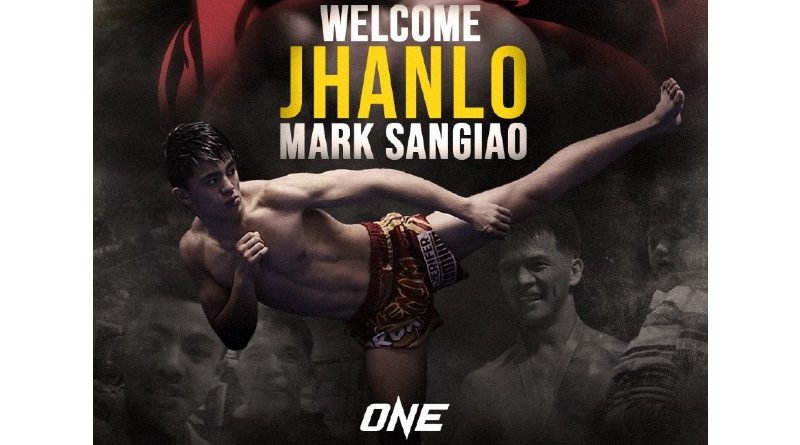 Team Lakay has gone to great lengths priming the development of its next wave of fighters, deviating from its traditional striking to a more well-balanced approach that incorporates a solid ground game.

Jhanlo Mark “The Machine” Sangiao is the perfect embodiment of that, with his father and famed coach Mark Sangiao expecting great things once the former makes his promotional debut at ONE: WINTER WARRIORS II on 17 December in Singapore.

But through all the hype surrounding the 19-year-old Igorot warrior, his scheduled opponent Paul “The Great King” Lumihi has been closely watching, studying intently on how he can spoil the Filipino’s first match.

“I understand that all eyes are on Jhanlo and all the attention is on Jhanlo, and at this point, I’m becoming the underdog. But I’m driven to show that an underdog will win,” said the Indonesian fighter.

Lumihi has studied all of Sangiao’s past fights in the Philippines and agreed with the notion that unlike the older Team Lakay fighters, he is indeed a more well-rounded fighter.

“I’m consciously watching over Jhanlo’s ground fighting because in previous fights, I’ve seen him very good on the ground,” he said.

“Jhanlo’s ground fighting is different because Team Lakay is known for their striking. From all of Jhanlo’s wins, all of those were by submission, so I know that’s one end that I have to be cautious on. But the thing is I’m anticipating that and working on defending it, so I have no question that this fight is going to be epic.”

At 34, Lumihi does indeed hold the experience advantage over Sangiao.

Though it’s easy for critics to discount him as nothing more but a gatekeeper, The Great King argued that those fights were some of the best in the bantamweight division.

Among those who got wins at Lumihi’s expense include Sunoto “The Terminator” Peringkat, who got a unanimous decision win at ONE: FOR HONOR in May 2019, and “The Underdog” Li Kai Wen, who knocked him out in the first round of their match at ONE: MASTERS OF FATE in November 2019.

Despite those setbacks, Lumihi sees this opportunity facing a fighter almost half his age as a chance for him to prove that he still can hold a candle in the bantamweight division.

“Though I’ve lost four times, I’ve faced great athletes. I think this is a chance for me because this gives me an opportunity to prove myself,” he said. “I have no angry feelings towards this because I know that this is business and I know that Jhanlo is young and strong and it’s for that reason that all eyes are on him and I have no problem with that. I just want to show that I want to win.”