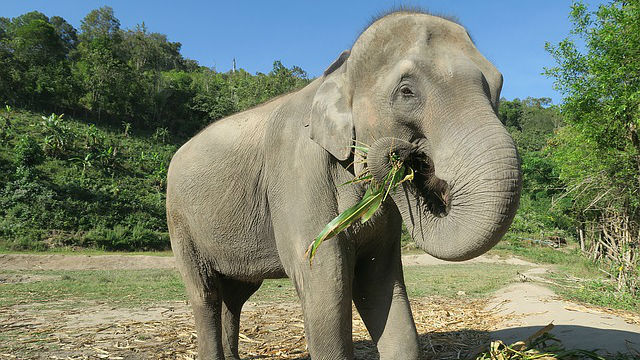 BAGUIO CITY  – Officials of the local government and the Manila-based Thailand embassy will be inaugurating the replica of five giant Thailand elephants now being built in a designated portion of the Botanical Garden by December 18, 2017.

Councilor Elmer O. Datuin, chairman of the City Council Committee on Tourism, Parks, Playgrounds and Special Events, said that the on-going construction of the replica of the five giant Thai elephants is around 60 percent complete and will be ready for inauguration by the scheduled date.

He added the construction of the replica of the Thai elephants is the contribution of the Thailand embassy in providing an added attraction for foreign and domestic visitors arriving in the city to spend a well deserved break considering that several cities in Thailand are sister cities of Baguio city.

The construction of the replica of the Thai elephants was contributed by the Thailand government to enhance the sisterhood relationship of Baguio city and cities in Thailand and for the Botanical Garden, one of the most frequented parks in the city, to have an added attraction.

Councilor Datuin disclosed the area where these Thai elephant replicas are being constructed is part of the area designated by the local government for local and foreign sister cities to build whatever symbols they would like to symbolizing their countries, among others.

According to him, visitors could visit the sister city portion of the Botanical Garden for a glimpse of the various attractions built by the different sister cities promoting their cities and contributing in enhancing the local tourism industry.

The councilor expressed confidence that with the added attraction in the different parts of the city, there will be an expected surge of visitors during the prolonged breaks and long weekends leading to the Christmas season reinvigorating the city’s local tourism industry.

He claimed the giant Thai elephants are much bigger than the real elephants.

Datuin supported the proposal of various sectors in the city for the local government to craft the necessary comprehensive master development plan for the Botanical Garden to help in instituting the zoning of the different attractions that are located in the park to guide future policy-makers and decision makers in the implementation of their desired improvements of the park to sustain its identity as one of the most frequented places in the city.

He said the local government is open to suggestions and recommendations from the concerned sectors in the city on how to improve the condition of the city’s parks and other tourist destinations.