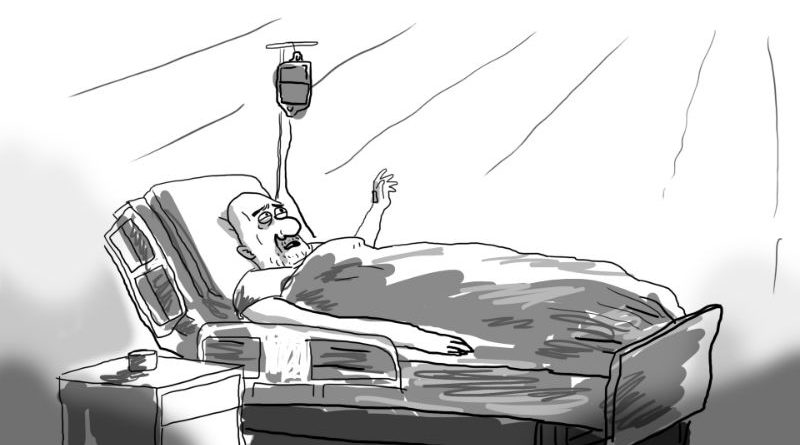 The Benguet General Hospital (BeGH) was established in 1971 by virtue of Republic Act (RA) 5955 through the initiative of the late Assemblyman Andres Cosalan, Sr. It is the major health facility in Benguet that caters to the health care needs of thousands of individuals needing medical attention daily both from the emergency room and out-patient department.

In 1993, the management, operation and operation of the hospital was eventually turned over to the provincial government by virtue of RA 7160 or the Local Government Code of the Philippines due to the devolution of the health and social services to the local governments. In 1994, the provincial government, through the efforts of then Governor Jaime Paul B. Panganiban, studies ways of improving the health care system in the province. The results which showed the urgency of improving the health facilities and care delivery were submitted to the Japanese government for funding support during the following administration of gov. Raul M. Molintas. In 1997, the Japanese government, through the Japan International Cooperation Agency (JICA), approved the initial phase of the hospital’s rehabilitation with an initial amount of 300 million yen,  followed by the release of P2.4 billion yen for the rehabilitation and upgrade of the hospital, including the procurement of state-of-the-art units of medical equipment for the smooth operation of the medical facility for the delivery of quality health care services to the people of the province.

In 2006, the provincial board enacted an ordinance that authorized the operation of the BeGH as an economic enterprise to allow some of its facilities to generate income to help in defraying the hospital’s cost of operation. Through the years, BeGH had been operating under the provincial government with substantial subsidy from local funds that are supposed to have been earmarked for the sustained operation of the 5 remaining district hospitals and other development projects needed by the people in the different parts of the province.

In the 18th Congress, the late Benguet Rep. Nestor B. Fongwan, Sr. sought for the increase in the hospital’s bed capacity from the present 100 to 200 although the same is operating beyond its prescribed bed capacity.  The proposal was anchored on the increasing demand from the people not only from the province, but also from other nearby provinces and regions, for quality health care services amidst issues and concerns on the attitude of hospital workers towards the patients seeking medical attention from the medical facility. Unfortunately, he was not able to pursue the passage of the measure due to his untimely demise due to a lingering illness.

Luckily, Benguet caretaker congressman and Anti-Crime and Terrorism through Community Involvement and Support (ACT-CIS) Party-list Rep. Rep. Eric Go Yap filed House Bill (HB) 6171 seeking for the re-nationalization of the BeGH and increase in its bed capacity to bring back the management and operation of the hospital to the Department of Health to take charge of improving its staffing, among other needed changes.

When the proposed bill was posted in social media and printed and broadcasted in the mainstream media, there were numerous reactions that supported the same to put an end to the arrogance and alleged abuses of the employees.

Seemingly the BeGH work force supports this re-nationalization of the hospital for it will translate to the significant improvement in the delivery of health care services. On our end, let us hope that this re-nationalization will improve the work force attitude and behaviour for them to serve better the people of Benguet but also those from other regions wanting to look for quality health care treatment. The provincial government cannot afford to provide the needed manpower and the needed equipment for the improved health care delivery of the hospital, thus, it is important to tap the support of the national government through the said proposal.

The provincial government has not interposed any objection to the proposed re-nationalization of the hospital because it will free more funds for the other health facilities in the province being managed by the local government, and for other development projects. This re-nationalization proposal is an improved version of Rep. Fongwan’s earlier proposal with the desire to shoot all kinds of birds with one stone.

People are after the improved delivery of health care services and we welcome any  proposals that will translate to better services and infrastructure.