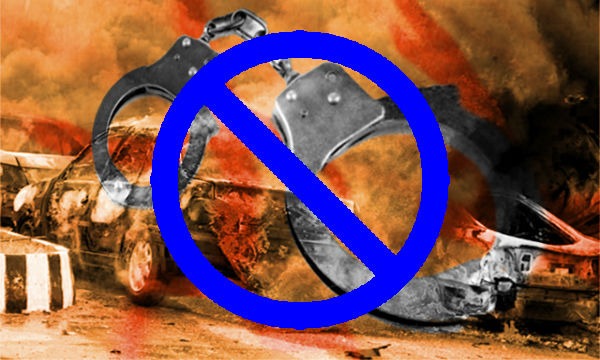 BAGUIO CITY – The City Council approved a resolution affirming and implementing the City Anti-Terrorism Action Plan (LATAP) 2019 of the Baguio City Police Office (BCPO) to help in achieving lasting peace in the city.

The resolution authored by Councilor Francisco Roberto Pacoy Ortega VI states considering the LATAP’s importance, it is imperative to recognize and implement the said proposal for the realization and achievement of the overall objective of having lasting peace in the different parts of the country.

Subsequently, the BCPO crafted the LATAP that focuses in addressing the main reason of insurgency and armed conflict within the territories of the city.

The said plan will intensify and strengthen the BCPO campaign against impunity, insurgency, terrorism and other related circumstances.

Further, the plan will aid to protect the citizenry and to ensure that Baguio City remains to be safe and secured from any efforts by armed groups to create unnecessary trouble that will disturb the prevailing peace and order situation in the city.

Under the LATAP, the BCPO noted that although Baguio City may seem to be a soft spot and a probable target for terroristic activities, coordination with the over 9,000 Muslims in the city and contact is being sustained with them to anticipate any possibilities as they have been cooperative in monitoring any presence of unwanted groups of personalities which might strain the harmonious relationships between Christians and Muslims in the city.

The BCPO stipulates that terrorist activities like bombing, shooting, among others, may likely be launched in the night market, malls, schools, churches, parks and big occasions such as the Panagbenga Flower Festival, parades, red letter day celebrations and other events where influx of city and foreign visitors are usually expected, thus, there is a need to come up with holistic strategies to counter possible threats that may sprout and to manage terroristic incidents that may transpire.

Among the recommended strategies to combat terroristic activities include the involvement of the city government and other sectors of society, recognizing and strengthening the BCPO peacekeeping and anti-criminality initiatives, and intensifying efforts to reach out to the concerned sectors for them to cooperate in such programs, projects ad activities.

On the part of the BCPO, the city police force is mandated to strengthen of the enhanced managing police operations through the implementation of the police integrated patrol system in critical areas and places of convergence; in partnership with concerned government agencies, regular and concerted barangay peace and order advocacy council sessions giving utmost importance to an innovated barangay defense system; incessant recruitment and training of barangay information networks in every barangay to broaden the information collection efforts down to the lowest parties and critical level of the community; promotion of collaborative and reciprocated information sharing among the different intelligence community in the city and nearby areas for a more intense and amplified information processing among others.

This post has already been read 2674 times!The city identified some twelve priority investment areas that are expected to contribute in efforts