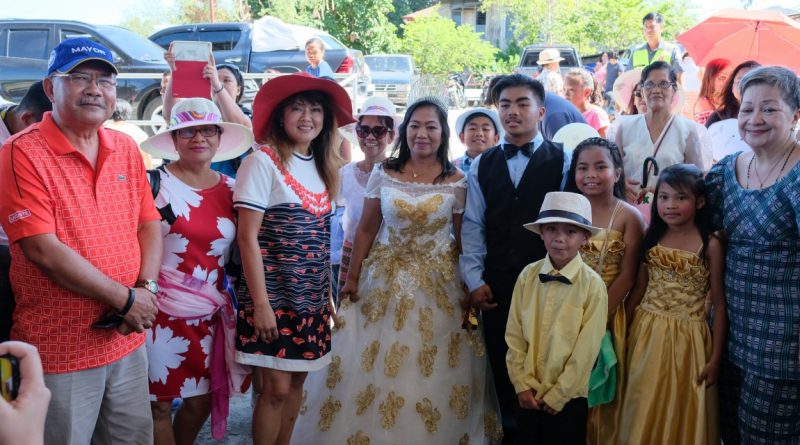 Over the past years, the Provincial Government of Ilocos Norte (PGIN) and the municipal government, in cooperation with various national agencies like the Department of Trade and Industry (DTI) and the Technical Education Skills Development Authority (TESDA), have been initiating activities that aims to revive the culture and industry of binakol weaving.

The binakol is specifically produced in Sarrat. It is one of the hand-woven fabrics produced in the province, together with the renowned abel Iloco produced in Paoay. Both fabrics have been used by Filipino designers in making traditional clothing such as terno, maria clara, and filipiniana.

Through the LACASA livelihood program, which started back in 2012, Ilocano women have been given financial assistance amounting to Php10,000 . Until now, the program provides an avenue for women’s economic empowerment.

Governor Marcos also reiterated that aside from the LACASA program, PGIN also has a summer employment program for both the young and elderly. Senior Citizens are now being designated as tourist guides in museums and churches around the province.

The anniversary of the women’s club coincides with the 7th Binakol Festival of Sarrat, the birthplace of Former President Ferdinand Marcos.