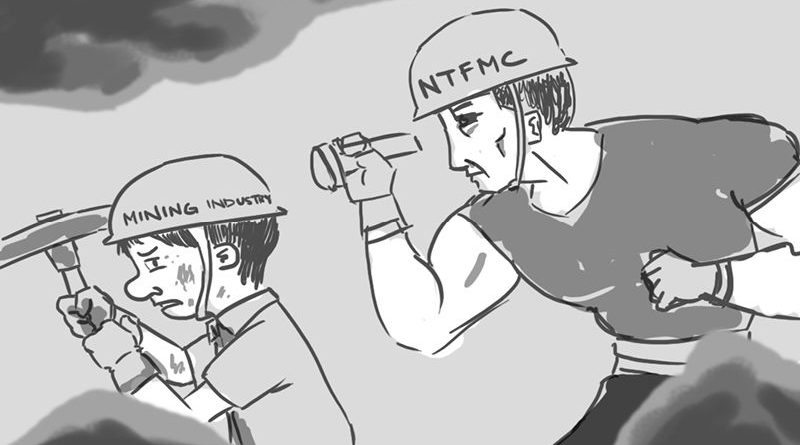 Republic Act (RA) 7942 or the Philippine Mining Act and Republic Act 7076 or the Peoples Small Scale Mining Act and subsequent administrative issuances govern the operation of large and small-scale mining operations around the country. The laws provide for the rules and regulations that guarantee the utmost preservation and protection of the environment while providing for the sustainable sources of livelihood for the people involved in the environmentally critical trade. The laws also underscore the practice of responsible mining to ensure the sustainable relationship between the environment and meeting the basic needs of the people through long-term sources of livelihood improving living conditions, especially of those from the countryside.

Mining has become a major economic activity mineral-rich areas in the country for over a century now. For cause-oriented groups and environmental preservation and protection advocates, mining has contributed to the rapid deterioration of the state of the environment in the mining areas while for pro-mining advocates, it has spurred development in host and neighboring communities aside from providing employment opportunities for the people qualified to do the work in the mining sites.

President Rodrigo Duterte embarked on a mining policy that totally prohibits open-pit mining but underscores the importance of responsible mining to help sustain efforts to protect the environment from further degradation. The President has time and again emphasized that mining contributes less than 1 percent to the country’s gross domestic product (GDP) with calls for the mining sector to do more and pay the appropriate taxes due to the government. While the Mineral Industry Coordinating Council (MICC) already approved the use of the open-pit mining method, the President remains firm in pushing through with the ban. It takes at least five years to develop a mine before it becomes operation and mining operations approved in this administration will not be enjoyed by the present administration but the succeeding administrations once the development will be successful.

Last January 26, 2018, Environment Secretary Roy Cimatu issued Special Order No. 2018-053 creating the National Task Force Mining Challenge (NTFMC) that seeks to prevent and put a stop to the illegal mining activities all over the country. More importantly, the launching of the NTFMC was done in Baguio City where some 18 illegal mine tunnels within the Philippine Military Academy (PMA) reservation were closed. These tunnels were discovered to be doing mining illegally without safeguards that would protect the environment and the ensure  the safety of the people in impact communities. We hope that the anti-illegal mining activities of the NTFMC will be sustained so as not to be likened to other task forces that were created in the past which were only good at the start but eventually ceased to exist. Illegal mining among small-scale mining associations in the region is rampant and concerned agencies must get their acts together by implementing reforms that correct malpractices that harm the environment and people’s health both in the short- and long-term. Environmental damage can have long-term effects which may compromise people’s well-being and would cost both the individual and the community their own lives. We do not want to see our rivers dry up, our mountains erode and our structures heavily damaged because of the serious negative effects of illegal mining. We want our miners to have sustainable sources of livelihood but not to the extent of putting the health of the environment and people at risk. We would like those tasked to monitor the mining sector to be uncompromising in their work to ensure that the environment will support sustainable long-term livelihoods and communities.

While we support the creation of the NTFMC, we must also be part of monitoring their activities so that all illegal mining operations in our communities are stopped the soonest to give our environment a breather from the harm these environmentally critical activities bring. The NTFMC must show to the people that the anti-illegal mining policy of the present administration is for real and not only for a show or just to accommodate their trusted people wanting to gain juicy positions in the government. It is the state of Mother Earth that it is at risk now, thus, something must be done to save the environment because we do not want the wrath of nature to get back at us in the future.