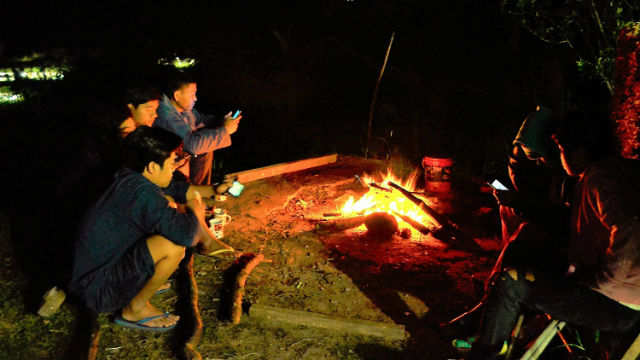 BAGUIO CITY – Slight to moderate breezes blanketed the City of Pines and neighboring towns of Benguet sending the temperature on a downward spiral, making recent nights of these favorite summer destinations experience its well-known, and the visitors’ well-liked, chilly effects.

The chilly marks the mercury reached in the last three nights were, 13°C on Friday morning, 12.8°C on Saturday morning, and breaching the 11°C mark for the first time this year on Sunday dawn, settling at a low of 11.4°C.

The temperatures for the last three nights were considerably lower than the 15°C to 16°C average temperatures experienced during the second half of December, 2017.

PAGASA reported that the cold weather is enhance by the northeast monsoon.

It is expected that this cold dawns and early mornings will continue in the next few weeks.

It will be recalled that the city experienced its fifth lowest temperature in history of 7.3°C during the dawn of February 15, 2017.

Temperatures, however, quickly goes up during day time, settling between 15°C to 18°C, peaking at the 17°C-18°C range by noontime.

It is for this reason that health authorities warned the residents and visitors to make sure that they wear their thick clothing to warm themselves so as not to contract the cold weather related diseases such as colds, cough, pneumonia, and upper respiratory track infection, among others while enjoying the entry of a new year and festivities  of the flower and strawberry festival events in the summer capital destinations.

They, likewise, encourage the public to make sure they eat the right kind of food to strengthen their immune system and stay healthy at the time of the year when the cool weather condition prevails which could affect their health and productivity at work, in school or in their businesses.