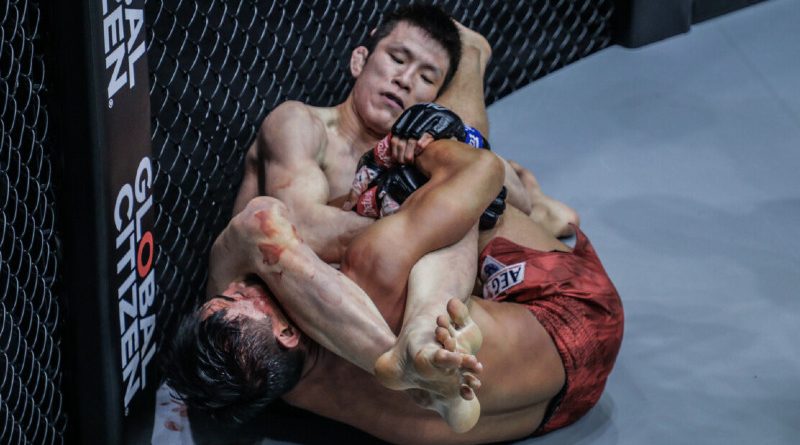 Former ONE Lightweight World Champion Eduard “Landslide” Folayang probably could not asked for more MMA wishes as he was put in positions to succeed more than most athletes were at this stage of their careers.

Despite losing five of his last six fights and not cleanly winning the other one to seemingly remove himself from title contention matches, ONE Championship Chairman and CEO Chatri Sityodtong expressed interest in holding a rematch between “Landslide” and Eddie Alvarez, putting Folayang in another excellent match-up situation.

While both legends are in their worst stretches of their respective careers, a match of this magnitude would still create substantial noise for the winner in terms of ranking in the division.

Fate or not, the beloved Igorot fighter have been cat-like recently with his “nine lives” when it comes getting golden opportunities to get his MMA career back to the winning circle.

The last one he got, the Shinya Aoki triology, was like manna dropping from heaven. Their matchup may not have the shine like the first two had, it wasn’t a title nor contender eliminator fight, but it must have been equally meaningful to Folayang, who was looking for his first victory in nearly two years.

It seemed those lives neared total exhaustion as he was destroyed by the Japanese Legend in another golden opportunity at “ONE on TNT IV” to revitalize his quest for another title shot until Sidyodtong made the announcement shortly after the event’s conclusion.

After reigning as ONE lightweight champion on two separate occasions, Folayang found himself on a sharp downward spiral that getting out of it alone seems to be so much of a struggle.

Before the Aoki triology, he has dropped four of his last five fights, including an Aoki rematch title bout and the ONE Grand Prix Lightweight semifinals match.

Good fortune had been shinning for him since the backbreaking skid started as he keep on receiving golden opportunity after golden opportunity to check his skid. In fact, some of these could have rewarded him a direct shot at reclaiming the title he once held.

Check out the constant gifts he has been receiving after he lost the ONE lightweight title the second time on  March 31, 2019:

Yoshihiro Akiyama, suffered an injury that forced him to withdraw from the bout and Sage Northcutt, Aoki’s original opponent in the same event, got in trouble with COVID-19, leaving “Tobikan Judan” also opponent-less and paving way for the epic triology to happen.

As fate may also have it, his being lucky with opportunities also came along reverse fortunes pertaining to wins:

The sequence of getting a golden opportunity and subsequently resulting to a loss has certainly been a very, very frustrating stretch for the Filipino star, to say the least.

With Folayang’s last victory in the Circle coming against Amarsanaa Tsogookhuu in November 2019 under dubious circumstances, his latest disappointing defeat at the hands of the 4th– ranked lightweight contender put him in another crossroads towards permanently hanging his gloves.

What may holding retirement back was it was just two years ago, 2019 to be exact, when “Landslide” was regarded as one of the best lightweights in the promotion. He started the year as reigning champion and won 7 of his last 8 fights from 2016-2018.

He might still be regarded as such this 2021 because of the tendency that he still has something left in the tank. Folayang is firmly saying retirement hasn’t crossed his mind yet a lot of his critics would probably classify him more as the “has been” type.

It is also accepted the latest loss clearly puts in the horizon doubts of him being pitted against serious title contenders in future bouts.

With the push farther from title fights, Folayang may have to settle yielding to his younger teammates the chasing of belts.

“Our victories in the first half of the year have boosted our morale. I, myself, have been inspired by my team’s victories. Everyone is gearing up. With our hard work, and discipline, and by the grace of God, 2021 will be a good year for Team Lakay.” he earlier proclaimed about the famous Cordilleran gym.

The “Thunder Kid” took out his equally explosive rival Namiki Kawahara at ONE: UNBREAKABLE held on  January 22 to serve notice he is back in form while “The Graceful” executed a guillotine choke that forced Maira Mazar to tap out on March 19.

It is quite unhappy for Cordilleran fans of Folayang to see him struggle this mightily but here’s hoping he could find his mojo back to ignite at least one more serious run for a string of wins before his time finally runs out.

Plain and simple, the embattled “Landslide” simply couldn’t afford to absorb more losses and “tune-up” matches at this stage of his career.

Starting with the Alvarez rematch if it indeed happens.