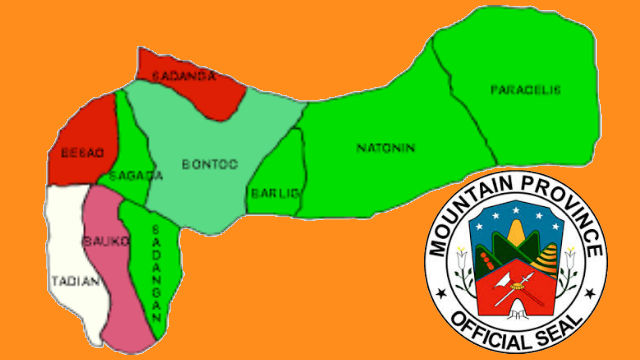 Under the proposed bill, it is a policy of the State to conserve, protect and develop the forest resources of the country to attain ecological balance, preserve valuable ecosystems, prevent environmental degradation and promote sustainable development for the present and future generations and to achieve the same, the Constitution mandates Congress to determine by the law the specific limits of forestlands marking clearly their boundaries on the ground.

The bill stated that the permanent forest estate of the province comprising 8 blocks of upland forestlands with an aggregate of 209,744.46 hectares will be established and that the boundaries of the said blocks were clearly defined.

The proposed law underscored that the established forestlands and national parks shall be conserved and may not be increased nor diminished, except by law and that Congress shall provide, for such period as it may determine, measures to prohibit logging in endangered forests and watershed areas.

The bill explained there is a need to preserve and conserve the remaining forest cover of the province to prevent environmental degradation and promote sustainable development for the present and future generations by establishing the final forestland boundary of Mountain Province with that of Abra, Kalinga, Ifugao, Isabela, Cagayan and Benguet.

It stipulated the Department of Environment and Natural Resources (DENR) shall establish the permanent boundary monuments on the ground to serve as the basis in ascertaining the metes and bounds of the forestlands within the province with that of other provinces.

On the easements, the bill stipulated a strip of 20 meters on both sides of rivers or creeks and 50 meters along lakes and oceans, shall be retained for forest purposes for stream bank and shoreline protection and that the said areas shall not be subject to titling and are beyond the commerce of man.

The bill will be transmitted to the House committee on rules for the scheduling of the required plenary debates prior to the approval of the same on second reading and for the period of amendments in the future.