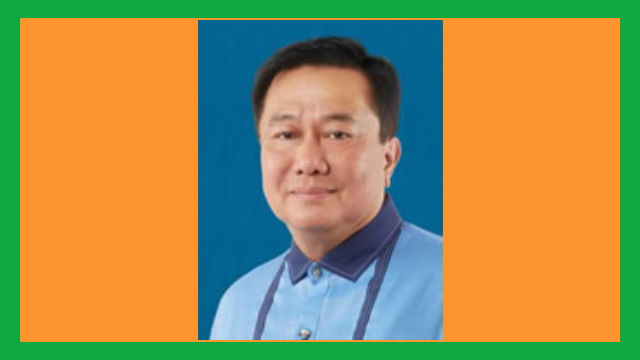 BAGUIO CITY  – House Speaker Pantaleon Alvarez revealed relevant House committees will initiate healing proceedings among the contending parties in the ruptured relationship between the State-owned Bases Conversion and Development Authority (BCDA) and the Sobrepeña-owned Camp John Hay Development Corporation (CJHDevCo) as the government already lost so much in the mutually restituted contract.

Alvarez, together with dozens of lawmakers who joined the Central and Northern Luzon caravan, was briefed by officials of the John Hay Management Corporation (JHMC), a BCDA subsidiary, over the status of the lease of the 247-hectare John Hay Special Economic Zone (JHSEZ) to the Fil-estate Penta Capital consortium and the CJHDevCo sometime in October 1997.

The House Speaker said the said House committees will also invite CJHDevCo officials to brief the lawmakers so they can have a clear picture of the current situation of the lease area and on the possible recommendations for the resolution of the existing impasse to make sure that government will get  its fair share from the business activities in the leased property.

“We have to listen to everyone because government already lost so much over the unpaid rentals and the city’s development has also been stalled by the inability of the developer to pursue the agreed development of the leased area,” Speaker Alvarez stressed.

Earlier, the Makati-based Philippine Dispute Resolution Center (PDRC) recommended for the mutual restitution of the contract entered into by the BCDA and the CJHDevCo because of the reported violations committed by both parties to the agreement and directed the BCDA to pay the developer the total amount of P1.4 billion and for CJHDevCo to turnover to BCDA the leased area in tenantable condition.

However, CJHDevCo appealed the ruling of a local court for the ejection of third party lessees of the properties who were not part of the lease agreement and that it was able to secure a favourable decision from the Court of Appeals (CA) that ordered BCDA to exclude the third parties from the coverage of the eviction order.

Subsequently, BCDA elevated the matter to the Supreme Court (SC) arguing that the existence of the third parties emanates from the developer, thus, the issue is still pending with the High Court.

Speaker Alvarez said that lawmakers want to intervene in the said dispute because they are after the realization of ‘win-win solutions’ that is fair to all parties, especially the government which needs the funds for development projects in the countryside.

Based on the lease agreement, the city government is entitled to a 25 percent share from the lease rentals of the JHSEZ being the host local government even if it was not a party to the agreement. By HENT