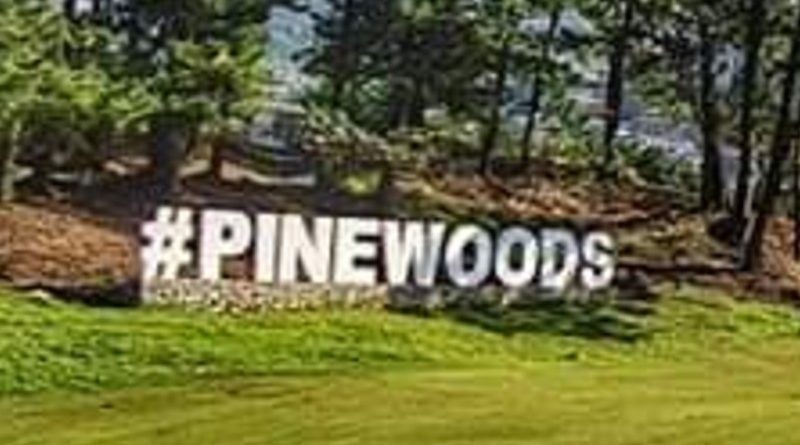 The plush subdivision built east of Baguio bordering Tuba, Banguet may have prided itself to have the best sunset view anywhere else in the country’s Summer Capital, a breath-taking experience at a time when nature tourism seems to be having a take-off strategy to get the city’s bread and butter business back on track.

But for 73 homeowner residents of Pinewoods subdivision, a golf and country estate, developed in the mid-nineties by Sta. Lucia Realty and Development Company, the sunset days may now forebode darkening horizons down the road.

According to Pinewoods homeowners association officials, security concerns have begun to envelop subdivision residents when two weeks back, the security agency contracted by SLRDC to serve subdivision needs were suddenly scaled down in personnel strength while extending guard hours. “It’s just a move to cut down costs on security expenses,” the homeowners group was assured.

“Scaled down operations mean less security hours to keep us safe,” the subdivision’s homeowners association officials said, “a frightening reminder to our residents that  untoward incidents may happen anytime.”

According to Mario Alzona, a spokesman of the residents association, “the security reduction has rendered subdivision homeowners to unnecessary risks, making them vulnerable especially at night when gate guards may be too physically exhausted.”

The association’s corporate secretary Josefino Balatero concurred tried to allay residents’ anxieties, disclosing that urgent communications have been sent out to SLRDC management officials in an effort to restore personnel strength. “Last January, in a conference with company officials at its Cainta, Rizal central headquarters, management granted our request to increase security personnel from 14 to 18. While evaluating the budgetary impact, they even reduced the number of guards to 12,” he said.

Alzona, an oldtimer himself, said that there is irony that Baguio has recently won a coveted world-renowned safe tourist stamp from a global standard organization, yet right here in what old folks call the Old Baguio, a serene community thriving at the city’s edge seems on the verge of serious security concerns.

“It is well within our right to ask SLRDC, as developer of this beautiful place east of Baguio to scale back security strength to pre-covid levels. Sana, pagbigyan naman ang pakiusap naming na mag-usap usap kami ng Sta. Lucia. God forbid that nothing reminiscent of two years back should happen,” he added, stating that in 2019, the subdivision experienced harrowing crimes like burglary, about 13 in a period of one year.

The homeowner’s officials recalled that matters came to a head when the RS Property Management Company reportedly ensconced in the Pinewoods subdivision to run security and maintenance services, announced its acceptance of the decision of Pinewoods homeowners group to end its 15-year service agreement that it had forged with a predecessor association organized by SLRDC in 2006.

The current Pinewoods homeowners corporation took over from that moribund ragtag group in 2006. Now fully organized and duly recognized by government regulatory agencies, its Board terminated the service contract with RSPM, after taking stock of a policy guidance handed down by Department of Human Settlements and Urban Services

The residents were told by DHSUD told the subdivision residents that “land developers are solely responsible for security and maintenance, without lawful authority to assess, collect and receive payments from residents for such services to be provided.”

Soon after, the property management company put up streamer notices on the stoppage of payment services to the security agency serving the subdivision and other essential maintenance activities.

“It is worrisome when security personnel manning subdivision gates were suddenly reduced and their work hours increased to 12 a day, limiting their efficiency levels considerably. Security has become an hourly and daily concern. Residents have expressed alarm over the entry of unauthorised visitors at night, especially in the wee hours,” the Pinewoods homeowners group bewailed, noting that the posted notices did not even indicate what body would do the vital functions.

Since then, residents have noted that vacant lots have remained unkempt and ill-maintained, the untrimmed grasses rising into thickening humps. “The untended grasses have grown so tall, enough to shelter unscrupulous intruders just waiting to commit acts against life and property,” a resident remarked.

“Not a single formal reply has been received to address and ease our concerns,” the PHOA’s board secretariat added, “except for verbal assurances conveyed by the company village administrators that the land developer was weighing down all possibilities, in recognition of what subdivision residents deserve to be served for their collective community needs.

The homeowners officials appealed to SLRDC to thresh out security and maintenance issues besieging the subdivision. “Let us talk things out,” they said, “in the genuine spirit of solidarity to foster good subdivision living in this part of Baguio.”

Alzona stressed that “security and maintenance remain SLRDC’S sole responsibility as the subdivision’s land developer, until the management and administration functions are fully transferred to the homeowners.”

In these troubling times, when health safety is primordial in every community, the homeowners’ plea resonates with urgency, for a responsive security service provider assigned by a responsible land developer.

How long shall the 73 residents of this thriving community at the eastern edge of Baguio remain hostaged by security and maintenance concerns? No guess merited a response, but their Board remains upbeat that the developer will soon realize the need for immediate action.

“We like to believe that security and maintenance concerns are not too much of an expense for a responsible developer like SLRDC,” Alzona added.

For a community founded on a vision of serenity unequalled anywhere else, Pinewoods may seem not to be living up to the standards set when the dream of the mid-nineties propelled breath-taking landscapes that induce a lifetime of sunset serenity.

“We who live here invested so much of hard-earned resources, believing that the envisioned community would be a safe haven where residents have the best opportunity for a life of serenity and peace enjoyable in a lifetime,” the officials stated.