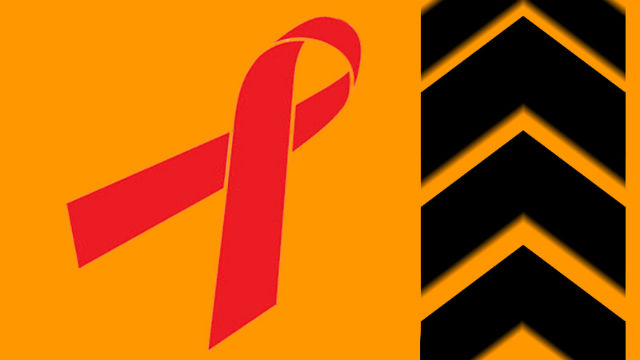 BONTOC, Mountain Province – Informing the public on the fight against Human Immune Virus Acute Immune Deficiency Syndrome (HIV-AIDS) should be an everyday campaign.

This was the gist of the message of the health officials during the Monday flag-raising ceremony on June 11, 2018 spearheaded by the Municipal Health Office (MHO)/Rural Health Unit (RHU).

Despite the observance of the AIDS Candlelight Memorial every May 17 of every year, officials in the municipality led by Bontoc Mayor Franklin C. Odsey, Vice Mayor Eusebio Kabluyen, Development Management Officer Claudio Pancho from the Department of Health (DOH)–Provincial Office and some municipal department heads lighted the candles at the stage of the Eyeb Open Gym on June 11, 2018 during the flag raising ceremony. The candle lighting is in remembrance of those who have died because of the disease and at the same time to offer prayers for those who are battling HIV-AIDS.

Municipal Health Officer Dr. Diga Kay D. Gomez explained that HIV is transmitted from one human being to another through unprotected penetrative sexual intercourse with an infected partner; unsafe blood transfusion, unsafe injection; and from an HIV-infected mother to her child during pregnancy, labour, delivery and through breast feeding.

Accordingly, HIV hits the body’s defense mechanism that act against viruses. Immunodeficiency means that the body is unable to fight infections making it susceptible to pneumonia, tuberculosis and cancer. AIDS refers to clinical manifestation of HIV infection that are only seen when the body falls ill due to opportunistic infections.

Dr. Gomez clarified that HIV cannot be transmitted through air, urine and feces; mosquito bite; talking with person with HIV; borrowing clothes from an HIV-infected person; sharing utensils and drinking from the same glass with person living with HIV; shaking of hands, embracing and kissing; toilets; and swimming pool.

However, she cautioned that HIV-AIDS can spread like a wildfire. With this, she shared the ABC method to avoid and prevent the transmission of HIV-AIDS and Sexually Transmitted Diseases (STDs) or Sexually Transmitted Infections (STIs). The ABC stands for Abstinence, Being faithful or loyal to your partner and Correct and consistent use of condom.

Dr. Gomez also asked the help of every one to be advocates in informing the public of how HIV-AIDS is transmitted, the misconceptions on HIV-AIDS and how to avoid and prevent the transmission of HIV-AIDS and STIs.

Mayor Odsey, in his message expressed the support of the officialdom of Bontoc with their commitment in eradicating the disease, increasing awareness and fostering understanding to the victims.

The mayor also solicited the involvement of all concerned government agencies and various stakeholders in the massive information education campaign for everyone to practice safe sex as a means to avoid infection.