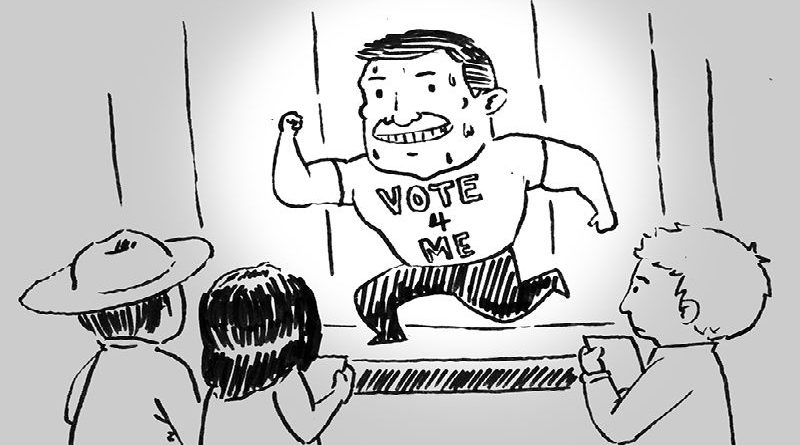 The Constitution provides the Filipino people with the right of suffrage or the right to vote and to be voted upon. Filipinos are given the chance to choose from among aspiring candidates for elected positions those leaders who deserve to be in public service and help in uplifting the overall condition of both the local and national governments. On the other hand, aspiring public officials are given the chance to present themselves to the people whether or not they are worthy to be voted upon as leaders of localities or the national government. It is during the conduct of the synchronized national and local elections that people are given the free will to choose from among the aspiring candidates their leaders for the next three years or so.

The country’s election laws provide mechanisms on the conduct of the filing of certificates of candidacy, campaigning, election and pot-election activities which must be strictly complied by the candidates and their supporters to prevent them from being prevented to occupy the positions where they were voted upon because of simple violations which they were not able to accomplish.

Under our election laws, candidates aspiring for elected positions in the national level are allowed to campaign around the country for a period of 90 days while those aspiring for positions in the local level re given 45 days to campaign for themselves or for their political parties whichever is their choice. Seldom have we known that the election of our leaders was based on credible track record, performance and willingness to serve their constituents, Most of those who were elected into office, especially in other parts of the country, are those who belong to an influential family, those who have the power to intimidate the electorate, those who were able to misled the people by making it appear that they have the heart and passion to serve among other reasons that could have cropped up during the course of the political processes.

The 219 mid-term elections is slated on May 13, 2019, am to 6pm. It is now the home stretch of the campaign period for both the national and local elected positions. Every candidate and their supporters have already pressed the panic button on how to gain headway in the remaining few days of the campaign period so that the voters will be able to remember and vote for them on Election Day.  The emergence of the social media continues to ply a major factor in providing the electorate with real time happenings in the campaign trail of politicians considering the presence of real and troll accounts which re either used to project or criticize politicians seeking elected positions in government. The electorate seems to be provided with too much information that they are now confused on whom to vote as evidenced by over 35 percent of the voters who are still undecided on whom to vote as of surveys over the past several weeks. People now have the difficulty of ascertaining which camp is telling the truth on the issues being hurled against each of the candidates. There are also candidates who re now coming out to be campaigning not to win but instead to earn which could be detrimental to their political careers. Obviously, the real purposes of candidates in seeking elected positions is now becoming evident because some of them re now turning out to be attack dogs of those who are in cahoots with them who want their business interests to flourish at the expense of the electorate, especially in Baguio city.

We appeal to our voters to be wise and intelligent voters. We must be carried away by the falsehoods being hurled against every candidate s if those hurling the accusations do not have their own shortcomings in the past that led to their debacle in their re-election bid. We have herd and learned a lot from the candidates and their supporters for over a month of campaigning. What will  come next are endorsements from individuals and institutions who want to project themselves a king makers in our society. Anyway, the endorsement of an influential religious group was provent wrong in our city during the last political exercise.

Voters must calmly circumspect on what had been talked about over the past several days and the remaining days of the campaign period, relax and try to decipher the truth from that of obvious black propaganda as well as selfish and political statements for you o be able to appreciate the facts. Let us not allow our emotions to prevail upon our decision on whom to choose to vote on Election Day. The future of our city lies in our hands.

We should not allow oligarchs to rule our city because it will surely result to much graver urban decay. Those who are talking about urban decay were the ones who assisted the developers of high rise buildings in the city to seek exemption from the public works department that is why we have such structures. Now, the local oligarchs are trying to put the blame on some local officials just for them to get away from the criticisms of the public so that they will appear good to the perception of the people when they are actually acting in double standard. Let us use the home stretch to learn from what we have heard and vote using our conscience.