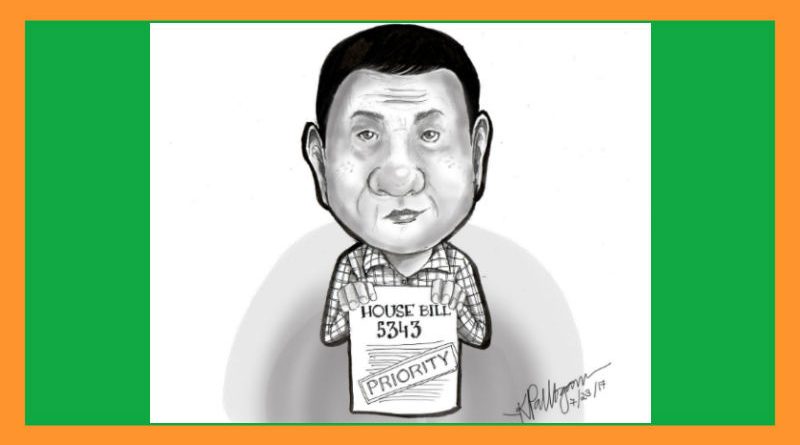 Regional autonomy is an expression of indigenous peoples (IPs) rights to self-determination. One can’t have the former without recognizing the latter. If left unchecked, we risk our fellow IPs in the Cordillera to once again endure the centuries-long injustices bestowed upon them.

For centuries, blood, sweat and tears of our martyrs nourished the soil in Cordillera, even sacrificing their lives warding off imminent subjugation from our colonizers. As a result, our customary political and social systems are still alive, relevant and being practiced to this day. One need not to go beyond the borders of Cordillera and see how rich and genuine our customary practices are. But like any other achievement, this landmark which the Cordillerans have fought so hard to attain, was met with different type of ridicule, disparagement all the way to racial vilification from no less than our bureaucracy itself. Even now in a democratic society, our fellow IPs, specifically the Cordillerans, are still marginalized.

We struggled and fought for this to be rectified. Provisions enshrined in our Constitution giving us the mandate for regional autonomy are the fruits that sprouted from the blood, sweat and tears that nourished the soil of Cordillera. Said fruits are now ripe and ready to be harvested.

With the crafting of House Bill 5343, a tool intended to reap the fruits of our struggles for the realization of an autonomous region of Cordillera, we are now nearing the end of our arduous journey. Aroma from our bountiful harvest seems to build up with each passing day following the certification of the President of the said bill as priority legislation to Congress.

But amidst our premature celebration many are still sceptical on the said bill. In a democratic society, where dissent is encouraged from sovereign populace, as it should be, the House Bill 5343 was met criticism and numerous detractors. This only shows how thorough and how dyed-in-the-wool the Cordillerans are in struggling for what is long due to them: the realization of our right to Self Determination through Regional Autonomy. Cordillerans are perfectionists to say the least and rightfully they should be.

Being a concerned Cordilleran, regardless of what views, transition from marginalization towards our clamour for self-determination through autonomy is a process which we have to go through, but ever mindful that we remain vigilant over the fundamental principles and causes on which we must be unyielding.

Obviously, this is to imply that the House Bill 5343, our tool towards Self Determination, like any other great human forged document, is an imperfect document including our Constitution. But regardless, this feat of ours is just a small step en route to achieving supposed dignified development.

Bear in mind, a possible charter change towards federalism may push through in the succeeding years. We need to ask ourselves: What happens if federalism pushes through and the Cordillera has yet to assert its right in the 1987 Constitution to be autonomous? Thirty years have passed since the ratification of the 1987 Constitution. Will the provision granting us the choice to be autonomous be enshrined once again in a new Constitution inside the new federal government? Considering that the Cordillera is not yet a regular region, will the provinces in the Cordillera return to their original region?

These questions may be construed as “scare tactics” employed by politicians championing regional autonomy in order to secure a “yes” vote from people. But unfortunate it may seem, these questions are also realities of law that we need to consider. We do not want to see ourselves kicking our backs when the opportunity passes and all remedies we should have taken already lapsed.

The road that the House Bill 5343 will be going through is winding and rough like our national roads in Cordillera. A clear picture of difficulties imposed upon us by underdevelopment. Said document will not be the tool to cure all the centuries-old maladies that plague the Cordillerans. It is, however, a vehicle, carting a large part of our aspirations and it is up to us, the concerned and ever vigilant Cordillerans, to steer and navigate through the dangerous and bumpy road of political opportunism and ambition, cynicism and despair, ideological conflict and partisanship.

We have now taken our small step and though nearing, the journey that lies before us still seems as yet to have no end in sight. But it is important that we have begun. It is equally important that we do not bow down in our struggle until the dream of the ages is realized.

The House Bill 5343 has its imperfections which are not insoluble. The Autonomous Region of Cordillera which the bill hopes to erect, should it draw support from the idealistic concerned public and the rest of its citizens, can accomplish many things towards rectifying historical inequities. Thirty years and two failed plebiscites have already passed; this could be our final chance to resolve the tragic cycle of poverty, conflict and repression that afflicted this beautiful land – a land that is unique and the only one that we will ever have.

Our fight may have curled our backs to bow down but damn sure did not bend our heads. Our fight goes on, and our trophy cannot be more modest than reaping that which has always been rightfully ours!