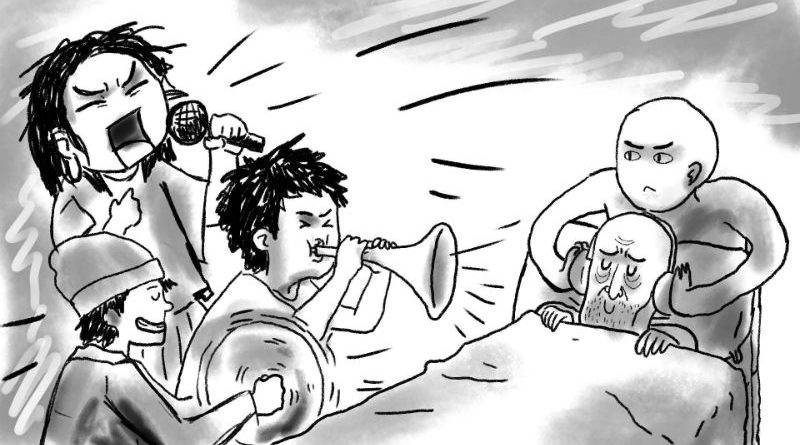 The Baguio City Council passed an ordinance mandating residents and owners of business establishments in the city to tone down their audio and visual devices in consideration to their neighbours and imposing the necessary fine for violators of the measure upon final judgement of the court. The said is known as the ‘Silent Night’  measure to illustrate that the same is primarily applicable in the night up to the wee hours of the morning to ensure people enjoy their sleep and rest from their labours of the day to be prepared for rigours of the next day.

Recently, the La Trinidad municipal government issued a similar order mandating residents and owners of commercial establishments to tone down loud noises emanating from the same devices due to numerous complaints from residents regarding noisy videoke, amplifiers, sound systems, among others,  whose operations extend up to the late hours of the night and wee hours of the morning creating such nuisance to the neighbourhood. This measure aims also to prevent unnecessary confrontations among neighbours that may turn ugly and affect the innocent.

Wedding, birthday and other family celebrations in private residences, and even in commercial establishments, are inevitable because of the unique Filipino virtue of involving family members, friends and visitors in the merry-making celebrating milestones in our lives. Because of the huge crowd in such gatherings, the use of sound systems in the party areas is always likely with singing and dancing as important aspects of such celebrations. In most cases, the celebrations extend up to the late hours of the night and wee hours of the morning that disturb the peace and order in the area thereby depriving residents the sufficient rest they need to be physically and psychologically ready for the following day.

More often than not nuisance in the neighbourhood results to simple misunderstanding among the neighbours but could escalate to more serious conflicts among contending parties that can last years thereby ruining previous harmonious relationships among neighbours.             Communication, or rather miscommunication, is one of the roots of conflicts between and among  neighbours over the nuisance created by the loud noises from devices. There are instances when the neighbours complaints about the irritating decibels from sound systems of neighbours are ignored thereby further irritating the disturbed neighbours. Neighbourhood celebrations are common in our communities, especially in indigenous communities where gongs can be played the whole day and night during weddings. However, in the city, the commercial establishments which make money by allowing people to bellow out their favorite songs until normal sleeping time of people is what should be addressed as this is an unhealthy situation. There are studies which show that the sleep deprivation is dangerous to the health.

It is necessary that local governments, including the barangays, come out with their own directives to ensure the safety, welfare and wellness of their constituencies, including banning unnecessary noise during normal sleeping hours. Unfortunately for us, we always need to be punished in order to comply. We must remind ourselves to be considerate of the right of others to a good night’s rest. Celebrations in the neighbourhood are inevitable, it is also the obligation of those doing the celebrations to ensure peace and order within their neighbourhood. We can live with noise once in a while. However,  it is the commercial establishments which operate daily and into the early hours of the morning that need more regulation as these cause the most sleep disturbance.

It is observed that there are night establishments that actually cause nuisance in commercial and residential areas in urban and urbanised centers despite regulations prescribing guidelines on the volume of sound can emanate from the said establishments. This is another dimension of the problem. Enforcement. There is a serious problem on how the regulations are being enforced by the offices charged with this task.

People in the neighbourhood must first exert efforts in reaching out with to those involved in the nuisance for the sake of being neighbours. However, if people do not listen about such plight, it is important for affected individuals to seek the assistance of concerned authorities instead of being involved in unnecessary confrontations that could result to violence and eventual misunderstanding among people in the neighbourhood.

Let us continue to practice love for fellowmen by being considerate of the welfare of others. Our neighbourhood is our home and a peaceful rest in our homes is part of our obligation to each other. Thy neighbour, thy kin!