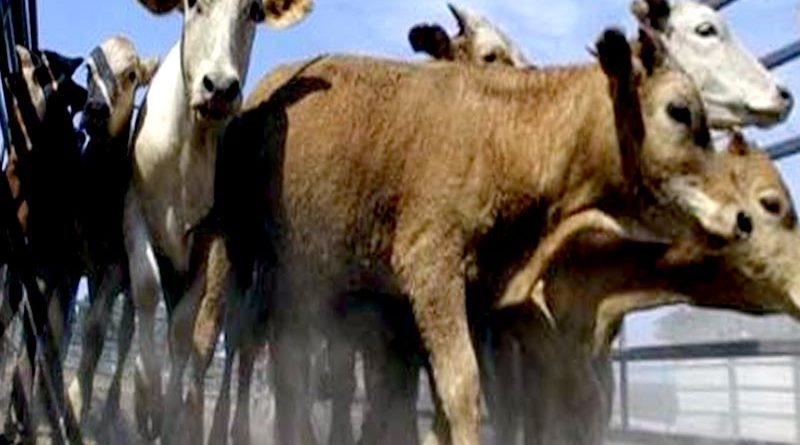 Bontoc, Mountain Province – Twenty cows costing P557, 900 were recently received by the Channeg Farmer’s Association in Barangay Dalican, Bontoc, Mountain Province from the Special Area for Agricultural Development (SAAD) Program of the Department of Agriculture (DA). According to Municipal Agriculturist Renato Falag-ey, the Cattle Production Project was proposed by the Channeg Farmer’s Association and coursed through the End Local Communist Armed Conflict (ELCAC) initiatives of the government.

Considering that Channeg Farmer’s Association has 70 members, Falag-ey explained that it shall adopt a dispersal scheme wherein the first 20 members or farmer-beneficiaries receive one cow each. The recipients shall take care of the animals until they offspring. In turn, the offspring would be given to other members of the association.

Likewise, the mayor encouraged the SAAD farmer-beneficiaries to value the grant given to them. He called on the farmers to take good care of the cattle so that they will reproduce for the next-in-line beneficiaries.

Odsey added that the livelihood project received by the farmer-beneficiaries is anchored on his administration’s vision “Bontoc on the Rise” which encompasses the five major programs to include Shared Prosperity through economic empowerment at the grassroots.

Recognizing that the primary source of living in Bontoc is agriculture, Mayor Odsey during the start of his 3rd term in 2019 laid out the plans of the municipal government for the next three years. In his speech, he committed that the local government will work harder in coordination with national line agencies to provide better access to livelihood programs for the people, like this Cattle Production Project of Dalican.

To ensure the sustainability of the project, Falag-ey mentioned that the Bontoc Local Government Unit (LGU) through the Office of the Municipal Agriculturist (OMAg) in coordination with the Provincial Veterinary Office shall conduct monitoring and coaching on care and management of cattle.

The intervention of the Bontoc LGU through the OMAg in the realization of the project includes technical assistance in the preparation and submission of project proposals to DA, facilitate meetings and orientation of the farmer association, facilitate the identification of first 20 farmer-beneficiaries, and facilitate the dispersal of the cows to intended recipients.

Meanwhile, the counterpart of the Channeg Farmer’s Association includes identification of pasture lands or communal land where the cows are to be placed, fencing of the area, and provision of forage for the animals.