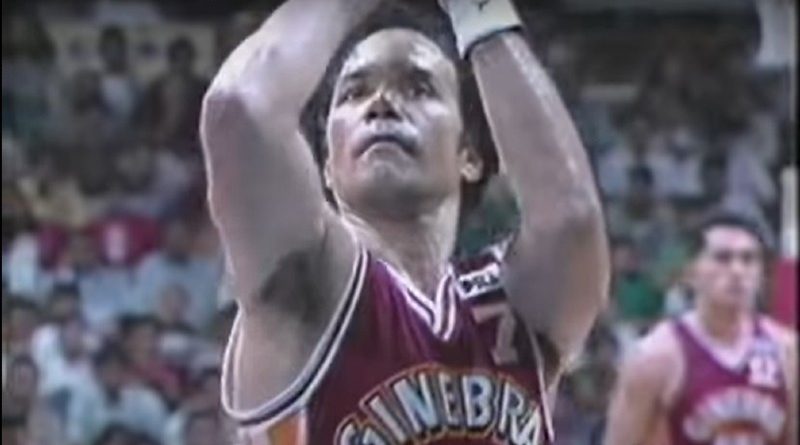 Some may consider this cheating but Cordillera has a legitimate claim to the idea implied by the title of this article.

I admit I am making a stretch here but it is a legitimate one.

His being born in Baguio City on March 8, 1946, to Polish American father Theodore Vincent Jaworski and Ilocana mother Iluminada Bautista Salazar, who were then residing in the City of Pines, makes Robert “Big J” Jaworski, Sr. an athlete that has a legitimate connection with the Cordilleras.

So, while he grew up and made his sports trade in Metro Manila, the above-stated basis induced his inclusion in my list.

And who doesn’t love (or hate, depending on which factor you consider) Jaworski?

Jaworski’s career are could be summed up by the two incidents that highlights his career: being banned for life by the then Basketball Association of the Philippines for assaulting basketball officials and returning to the floor despite a busted lip in a regular game.

This is the Jaworski charisma. Toughness, physicality, playing hard, intentional hard fouls and never giving up till the buzzer sounds, chracterics of the Ginebra San Miguel Gins under his watch.

His playing days are long gone but his personal imprint is still alive to this day.

Ginebra may now seldom perform those dangerous dives for loose balls, let fly those successive booming triples, and barreling drives to the basket and pinpoint backpasses, but they are still known as “never say die”!

Sandwich by his ugly incident of having a hand in the mauling of two referees in front of a crowd and his playing coach of Ginebra stint, is jaworski’s being the undisputed leader of the Toyota franchise which formed part of the original franchises when the PBA was formed in 1975.

He played that role until 1982 when he was sidelined due to hamstring injury.

During the 1982 season when he was sidelined, Ramon Fernandez began working to take over the leadership of the franchise. When Jaworski was ready to reprise his role, the Toyota honchos were divided as to who will play lead man where suddenly, there were two aspiring Kings to rule one kingdom.

At the end of the 1983 season, the power struggle became almost impossible to resolve, the team disbanded and the whole team was sold to Asia Brewery’s Beer Hausen.

It is at this point that Jaworski made another mark in his career, that of making a move that highlights player empowerment.

He refused to join Beer Hausen and instead forced the team’s hand to initiate his transfer to the Ginebra franchise.

He went on to transform the then waning Gilbey’s Gin team into an exciting and aggressive one.

He went on to score “only” 15.3 points during that season, which actually it marked the signal of the end of his being a scoring machine, as he would just averaged 10.60 points in the next six years.

He instead became the charismatic leader of the Gins. He would accept becoming their playing coach and installed a new culture for the Gins, a tough, physical and hardworking approach.

More importantly, it is with this franchise that he would install an indelible mark in PBA league annals that would be identified with his name, the “never say die” (NSD) attitude.

This will eventually become the Ginebra franchise’s crying mantra until today.

While Jaworski possessed this characteristic earlier in his career, he officially gave birth to this “NSD” mentality on October 22, 1985.

Jaworski he returned to the floor despite a busted lip in a game the Gins could still afford to loss against Northern Cement. It was so bad that he had to be rushed to the Medical City for seven stitches.

In an event that could match Larry Bird’s act for the Boston Celtics, Jaworski did not mind the circumstances and got back in the arena.

It will be recalled that Bird dove hard for a loose ball that he banged his head on the parquet floor of the Boston Garden. That forced him to depart in the middle of the second quarter only just to return in the middle of the third to rescue the Celtics from elimination during the 1991 playoffs.

Jaworki’s act of giving the game and the fans utmost importance by rushing back to the hardcourt despite the injury also sparked the Gins to a successful comeback.

Jaworski’s Gins are not be as successful as his Toyota stint, winning only four championships in the 14 years.

Ginebra, however, always carried the Jaworski trademark to remain the most popular team due to its competitiveness.

Jaworski is known to be the most charismatic character the PBA has ever seen for a number of reasons.

While his not so nice records of hurting officials and opponents are not something to emulate, the “Never Say Die” attitude is a trait I believe Cordillerans will not be ashamed being associated with.