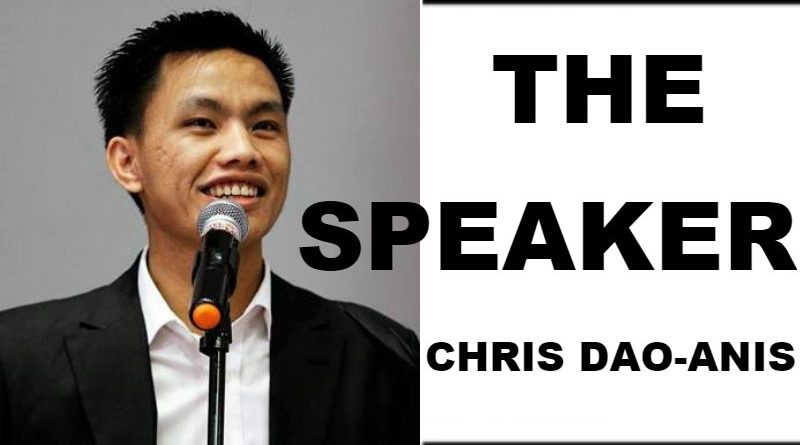 And every time I hear those words, I would say in reply, “That’s beautiful. Go for it!”

But they look at me and say, “Maybe later, but not now.”

So take heart and take courage. When it is appropriate, and it is often appropriate, say those magic words, “Oh sure, thank you! Oh sure, how can I help? Oh sure, I’m taking the challenge. Oh sure, please help me do so.” And yes, even at times when circumstances merit, you say, “Oh sure, that’s severely overdue.”

(Chris Dao-anis, CPA, DTM is a coach, speaker and trainer on public speaking and personal development. His latest book ‘Living Large in the Little Things’ is available at Mt. Cloud Bookshop, Casa Vallejo, Upper Session Road, Baguio City. For talks and trainings, email him at info@chrisdaoanis.com or visit www.chrisdaoanis.com. Like his page at www.fb.com/chrisdaoanis.)