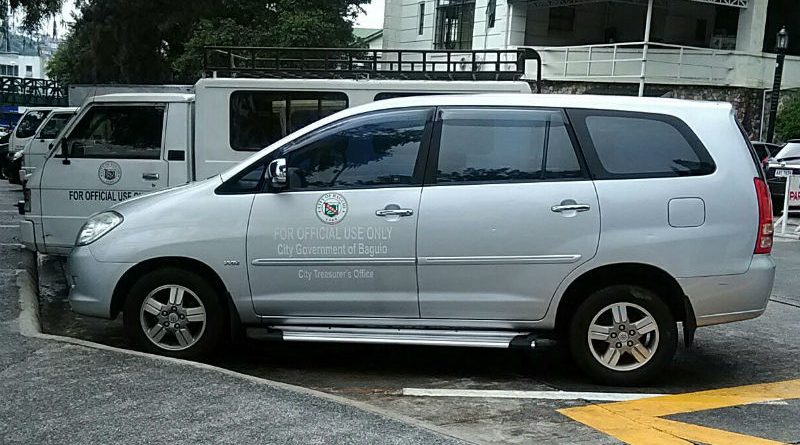 BAGUIO CITY  – Government motor vehicles must be the models in complying with the allowable emissions to help reduce the volume of pollutants in the city’s air, a top official of the Cordillera office of the Environmental Management Bureau (EMB-CAR) said here recently.

EMB-CAR regional director Reynaldo S. Digamo said that officials of regional line agencies and local government as well as state universities and colleges and government-owned and controlled corporations must make sure that their service vehicles are appropriately maintained to prevent the said motor vehicles from being apprehended for violation of the smokebelching regulations being implemented by the EMB-CAR and concerned local governments.

“Government officials must police their own ranks to make sure that their motor vehicles will be well maintained and guarantee their compliance to the emission standards and prevent their drivers from being apprehend for smokebelching which is not goo to the image of the agency or local government concerned,” Digamo stressed.

One of the activities lined up for the celebration of Clean Air month next month will be the free smoke test for government vehicles within the compound of the Cordillera office of the Department of Environment and Natural Resources (DENR) to make sure that government motor vehicles are compliant to the smoke emission standards enshrined under existing laws, rules and regulations.

According to him, concerned government officials should not take for granted the regular maintenance of their motor vehicles by their assigned personnel to make sure that there will be no more government vehicles that will be apprehended by personnel of the roadside inspection team that regularly conduct anti-smokebelching operations in the city to set an example for owners of private motor vehicles to emulate.

While there has been a consistent decline in the number of government and private motor vehicles that are being apprehended for smokebelching, the EMB-CAR officials underscored the need for the continuous operation of the anti-smokebelching campaign by the concerned agencies and the local government to maintain the good quality of air in urban areas even if there will be a rapid increase in the number of motor vehicles plying the city’s streets.

Recent studies show that bad smoke emitted by the growing number of motor vehicles has been identified as one of the major pollutants in the city’s air, especially in the central business district area, because of the huge volume of vehicles plying the city’s streets daily.

Based on the latest air quality monitoring report of the EMB-CAR on the prevailing air quality in the central business district area, the quality of air still remains to be fair to good, thus, the need for the intensified implementation of the roadside inspection and monitoring to go after motor vehicles who continuously emit bad smoke that contribute to the increasing pollutants in the city’s air.

Digamo called on government officials outside the city to make sure that their motor vehicles will be properly maintained so that the same will not be unduly apprehended by law enforcers for smokebelching when passing through the city’s major roads and streets.