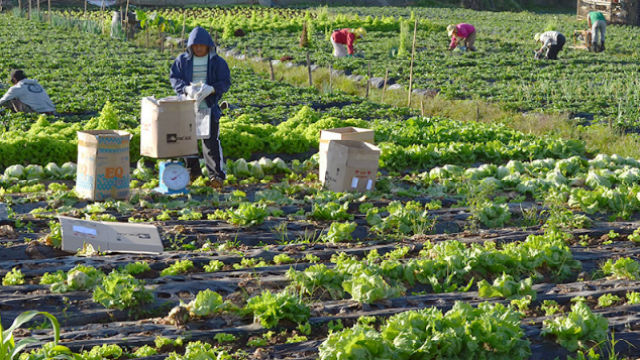 MANKAYAN, Benguet – Municipal officials and concerned stakeholders urged the national government to prioritize the vaccination of vegetable farmers from the different parts of the province to ensure their immunity from the dreaded Coronavirus Disease 2019 (COVID-19) to allow them to sustain the country’s food security through the availability of semi-temperate vegetables in the market.

During the regular Network Briefing program hosted by Presidential Communications Operations Office (PCOO) Secretary Martin Andanar which was aired in various traditional and social media platforms, Mayor Frenzel Ayong stated that the province’s vegetable farmers should be included as among the priority beneficiaries of the vaccine against COVID to protect them from the deadly virus that will pave the way for their continuous production of vegetables that will sustain the supply of highland vegetables and other locally agricultural crops in the different markets around the country.

He said that Benguet, some parts of Mountain Province and Ifugao remains to be the source of over 80 percent of the supply of highland vegetables being sold in the different markets nationwide that is why if the supply will be affected, there will be a significant increase in their prices.

“Our vegetable farmers that provide our supply of highland vegetables must be protected from the virus, thus, concerned government agencies should consider them as among the frontliners who will be the priority sector as recipients of the initial wave of vaccines that will be shipped to the country in the coming months. We do not want the health of our farmers to be compromised because it will surely affect the production of vegetables that could lead to an artificial shortage of highland vegetables that might be taken advantage by unscrupulous traders in allowing the entry of imported vegetables from other countries,” Mayor Ayong stressed.

According to him, vegetable farmers played a key role in sustaining the adequate supply of semi-temperate vegetables in the various markets around the country during the various levels of community quarantine because they were allowed by the guidelines to continue with their production being part of the essential sectors that allowed the stable supply of the agricultural crops for the benefit of the country’s food security.

Further, some of the farmers also donated their vegetable produce that allowed the provincial and municipal governments as well as other civic organizations to sustain their relief operations that were done inside and outside the Cordillera, especially at the height of the implementation of the Luzonwide lockdown.

Mayor Ayong claimed that the National Vaccine Committee should ensure that there will be equitable distribution of the available vaccines to both rich and poor local governments so that the targeted herd immunity of the country’s population will be achieved that will pave the way for the gradual and safe revival of the economic activities of the people that will provide for their sustainable sources of livelihood.

He pointed out that vaccines should also be made available for low income local governments so that the priority sectors will be given their doses of the available vaccines to ensure their immunity from the virus. By HENT