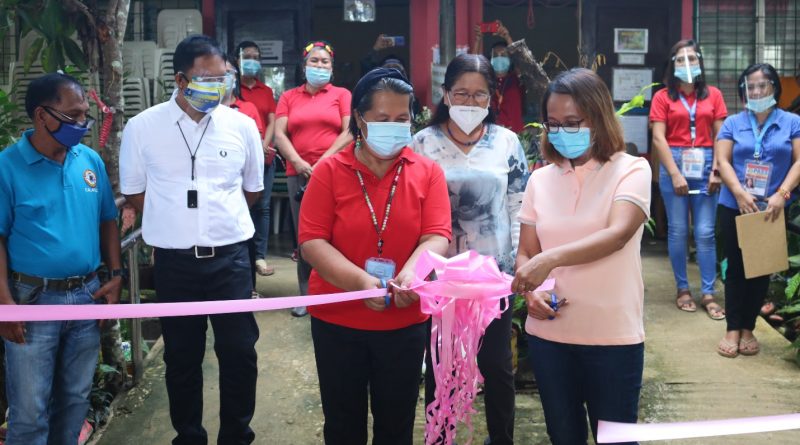 The construction of the P2.2 million MP building was funded out of the discretionary allocation of the Governor when she was still Apayao’s Congressman, in response to the request of the teachers, barangay officials and parents of the Calafug Elementary School for a more convenient venue for the school’s sports and other activities.

As an inaugural activity, the provincial government’s consultative development planning workshops with barangays in the municipality was held in the building immediately after the ribbon-cutting activity.

The Governor lauded the completion of the project in nine months after the start of construction in July 2019, admitting her surprise that the consultative meeting shall be held in the newly-completed building.

“Kasla kaano lang idi napunduwak para ti pannakaaramid na daytoy ket tattan ket addan ken usaren tayo payen (It seems that it was just yesterday when I funded this and now it is here and we are using it),” Gov. Leah said.

The Governor likewise turned over to the school one set of laptop computer and printer as she vowed to allocate funds for the concreting of the schools’s access road including pathways connecting the newly completed gym with the other buildings within the school complex.

“I hope when I return here, service vehicles could already enter in the school premises not like what I experienced earlier,” she stressed.

School principal Nora Sigat thanked the Governor for all the unexpected blessings they received. With the construction of the building along with the support from the Provincial and Municipal Government, Sigat committed to the care and maintenance of the facility which she hoped would be instrumental in the continuing promotion of the unique strategy of incorporating Indigenous Peoples Education in their curriculum, that is had drawn educators and learners to the school for benchmarking.

“We already accommodated guests from different places as far as Zamboanga and Dipolog City for our IPEd teaching strategies, I know through this gym, we could now provide a larger and more comfortable holding area for them especially during rainy seasons, so thank you very much,”Sigat said.

As one of the 11 recognized schools for the IPEd, the management, composed of 11 teaching and non-teaching staff along with 131 learners is requesting for the construction of a museum specifically intended for the housing and preservation of indigenous and other teaching materials of IPEd.

Meanwhile, during the barangay consultation workshop, Mayor Dangoy expressed her appreciation to sibling Gov. Leah and Congressman Elias C. Bulut, Jr. for their all-out support to Conner’s infrastructure projects and programs as well as strategies in curbing the transmission of the dreaded COVID-19.

“In response to the initiatives of our provincial leaders, let’s do our part. They came here to listen to us, so we should show our commitment to meet and align our plans to that of the provincial government,” Mayor Dangoy told the Municipal Officials and the Punong Barangays in the vernacular. BY GERRIAHZON S. SEBASTIAN

This post has already been read 501 times!  Former Sen. Ferdinand ‘Bongbong’ Marcos, Jr. on Monday asked the government to