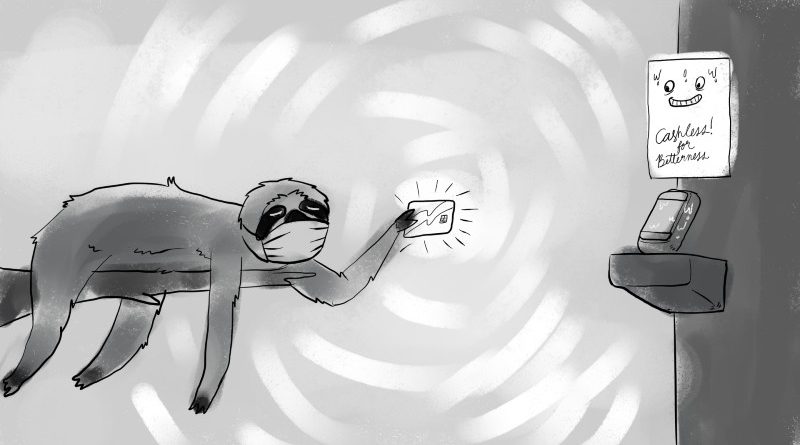 The wrath of the Corona Virus Disease (COVID) 2019 global pandemic forced the closure of almost all businesses in the different parts of the country that resulted to the dis
placement of millions of people from their jobs and their sources of livelihood. The social media emerged as the viable mode of transactions among the people locked down in
their homes, couriers, food, among other businesses that were allowed to operate during the ECQ implementation. There had been many realizations emerging from that time that could be
used to define the transition to the new normal.

Recent studies by health experts show that among the ways by which the deadly virus could be transmitted include the exchange of money in mass public transportation; buffet set
up in mass gatherings; push carts in groceries and supermarkets, among others, that prompted them to propose some recommendations to prevent the continuous rapid spread of the virus.
One of the recommendations to address the same is the adoption of cashless transactions where people will be compelled to deposit their money and have in their possession state-of-the-
art cards they could tap when doing businesses to lessen the contact over money. In developed countries, the cashless transaction has been implemented and people were given
ample time to adjust to the situation.

It is worthy to emphasize that people are not against change, especially when it will be for the general welfare of everyone. The question being asked by people from the proponents is
that is everyone really ready to embrace the cashless transaction? Is the system capable of attending to all holders of different cards that come from different companies? Are people
ready for such a drastic change or is there a need to fully inform and educate them on the said matter? How ready are the existing systems of businesses to embrace the cashless transaction?
The aforesaid queries are just some of the common queries being asked by the ordinary people from the proponents where the same remain to be vague. The public should not be
misinterpreted as resistant against any form of innovations to the traditional ways of doing things because they are simply raising legitimate issues that demand for answers that will
satisfy them. Further, many of the people are recommending that proponents of the cashless transaction should give options to the public while transitioning to the same so that they will
be used in doing things the proper way instead of branding them as resistant to change. We should understand that there is still a huge segment of the population that are not
technically literate in this matter, thus, cashless transaction proponents should not immediately conclude that people can do things the way they do because they are against it. Let us
consider that many of us are living on daily subsistence and extra expenses and utilization of resources seem not to be feasible to them. Forcing them to embrace the cashless transaction
will be again an added burden. Further, proponents are also sure that the public possess the numerous requirements being required to be able to access such cards. In fact, maintaining
deposits in banks are even not available on the part of the majority of the populace because their wages and salaries are not even enough to allow them to have deposits in the bank. Now,
these people do not have employment nor sources of livelihood. Worst, most of the savings of the people from their years of hard work were also withdrawn during the ECQ implementation
to sustain the needs of their families who were forced to stay home while they were left jobless for over three months now.

We should go slow in the implementation of the cashless transactions because it seems the same is not yet the priority of the people. Most of us want to regain our work for us to have
the needed income to sustain the subsistence of our families. Businesses must also be in place as their initial operations seem to be still difficult because people do not yet have the money to jumpstart the economy. Please give us better workable options.