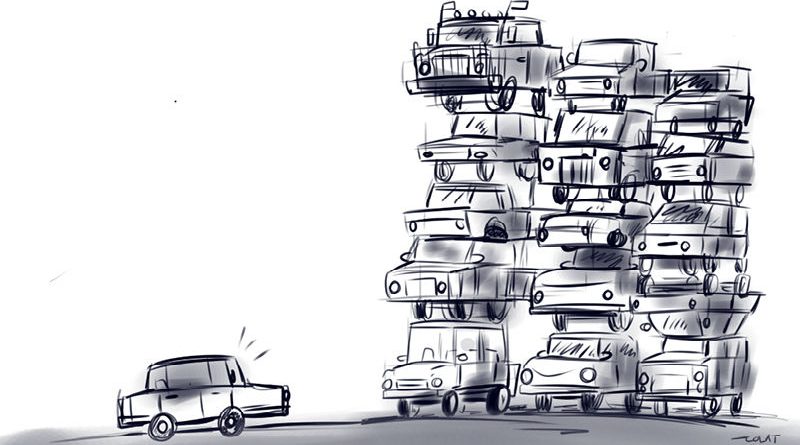 The availability of sufficient parking spaces around the city is one of the major problems not only of the city’s 128 barangays but also the local government which continues to search for the immediate solution to the problem. Presidential Decree (PD) No. 1096 otherwise known as the National Building Code as amended mandates building owners to provide parking slots for their tenants within their structures. Further, the law also allows the so-called off-site parking wherein building owners are allowed to use available public and private parking areas to complement their parking slots to complete their lacking requirements in terms of parking slots provided that, the possible parking areas is located within 200 meters radius from the building.

Prior  to the issuance of a building permit to a building owner, the City Buildings and Architecture Office (CBAO) is provided the plans and specifications of the structure to be built that includes the availability of parking slots for the tenants of the structures. Moreover, before the issuance of the required occupancy permit of a building, CBAO technical personnel inspect the compliance of the owner to the prescribed plans and specifications and even the existence of parking spaces within the structures, thus, the said permit shall be issued after positive recommendations shall be made relative thereto.

Ironically, enterprising building owners continue to get one over the local government as they have allegedly converted the provided parking spaces to commercial spaces which they have rented out to interested individuals and groups wanting to do business in the city even with very limited spaces. Through the past several years, the malpractice of building owners in converting their provided parking spaces to commercial spaces continued that contributed in the worsening traffic congestions around the central busi9ness district area considering that tenants of buildings have to park their motor vehicles along roads and streets for them to be able to attend to their clients in their offices. The rampant conversion of building parking slots to commercial spaces has been identified as one of the major culprits in the proliferation of wayward parking along major roads and public places in the city because the city’s streets could no longer handle the volume of vehicles passing through and parking on the said roads.

The local government had also been granting the request of some building owners to avail of the provisions of the building code that allows off-site parking when the said owners were able to enter into agreements with operators of private pay parking facilities within the city proper. Some of the building owners also entered into agreements with the local government to lease some slots in the Ganza parking area to compliment the available parking spaces inside and outside their structures to comply with the provisions of the code for the provision of adequate parking spaces for their customers.

We cannot understand why some local legislators refuse to understand that off-site parking is allowed under the building code. Allowing some building owners to use the Ganza parking area as their off-site parking will not actually do harm to the city because parking in the said facility will still be on a first come, first serve basis. The City will still gain more from the agreement because those building owners using the Ganza parking area as their off-site parking area will continuously  pay the prescribed parking fees to the city even if the slots will be rented out to other motorists when the slots are not being used by the customers of the buildings. If the local legislative body will approve a pending proposal to cancel all the previous exemptions that were granted to some building owners in the city, the conduct of businesses in the different structures because it will eventually result to the outright cancellation of their occupancy and building permits that will subsequently translate to the closure of the buildings from their operations. There will surely be chaos in the said case and numerous businesses that contribute to the robust economy of the city will definitely be affected. If that happens, the local government will also be deprived of the income that it derives from the taxes paid by the businesses operating in the said structures. It seems some of our local legislators are not using their common sense when proposing alternative solutions to pressing issues in the city. What some of our local legislators look into is the political side of the issue and not its overall impact to the growth and development of the city that will translate to better economy.

Let us not do things hastily because it has always been proven that haste makes waste. We do not want our city to slowly go to the dogs but we want it to sustain its robust growth putting in place what should be done and supposedly correcting the mistakes done in the past. Let us refrain from pointing an accusing finger to someone because our fingers eventually point to us. If we care for our city, let us work together and spare it from the serious negative effects of urban decay. Let us be proactive in our works instead of being obstructionists because we will never achieve the city’s mission and vision if we remain adamant to radical change.