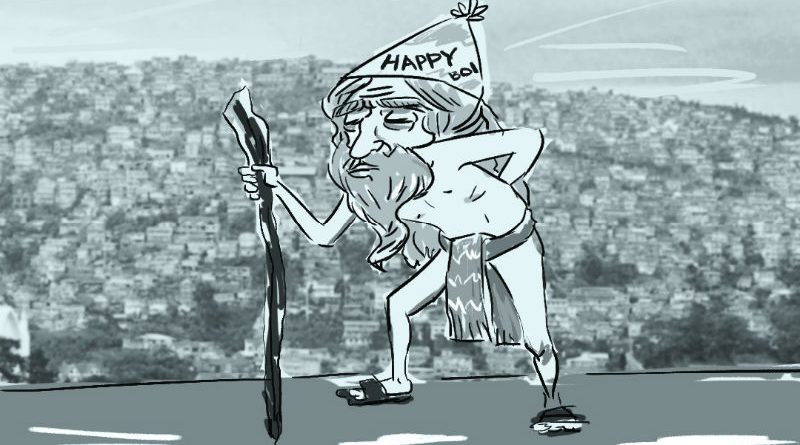 Kafagway, with its cool climate, natural lake and mountainous terrain impressed our American colonizers as a suitable rest and recreation paradise for their authorities and families who needed to escape the searing heat of Manila in summer. It was a grazing land for the animals of the pastoralist Ibaloi, the original inhabitants of the city.

The Ibaloi name of this idyllic land was changed by the Spaniards to Baguio, derived from a moss called ‘bag-iw’ that thrived in the area. With the coming of the American colonial government, the so-called city on the hill was formally connected to the lowlands when the 34-kilometer Benguet Road, now known as the Kennon Road, was formally opened to vehicular traffic on February 1905. That started the influx of people to the city. Being the seat of the colonial government during summer, in 1903, it was designated as the Summer Capital.

Thousands of lives of foreign and local workers who built the scenic and historic Kennon road to link Baguio and the lowlands were lost during the course of the 2-year construction period that served as the gateway for the rapid development of the city.

On September 1, 1909, the Philippine Commission declared Baguio City as a chartered city, second to Manila. Since then, numerous developments have transpired that are recorded in the city’s history books through the witness of the natives, colonisers, migrants and the successor Philippine government.

Baguio City is also part of the few areas in the country where vital historical events have transpired. The bombing of the main gate of Camp John Hay on August 8, 1941 by Japanese warplanes triggered the entry of the country into World War II,  while the world war ended also in the city at the Ambassador’s Residence inside Camp John Hay again when the Japanese Imperial Army head Gen. Tomoyoki Yamashita formally signed his deed of surrender on September 3, 1945, after he was captured in Kiangan, Ifugao, a day before.

We are supposed to enjoy a holiday in the city, and even the whole country, to celebrate National Victory Day to commemorate our victory from Japanese rule but September 3, 2019 is a working day depriving us the chance to be celebrate the city’s significane in a world event.

The city suffered a huge debacle when it was ravaged by the July 16, 1990 killer earthquake that nearly sent the city on the hill into rubbles but city officials took the cudgels in leading Baguio City to rise from the devastation and with their passion, led the city to recover fully and beyond what is was before the devastation. The collective effort of city officials and the residents brought the back vibrancy of economic activities in the city which everyone is enjoying right now amidst the existing challenges that confront our bid to continue the greatness the city enjoys that is now well-known globally.

We must give back to our city even with the simplest of acts, like minimizing our carbon footprint. Walk when able, segregate waste at home and bring them out on scheduled days, support small local businesses and urban gardening, support and patronise the local artists and artisans, produce part of your food, reduce, recycle, re-use, do not jump the queue, obey laws, rules and regulations,  know the city and respect its diversity, join the Sunday Session Road walk,  visit the museums not the malls, help recover and insist on the construction of safe sidewalks, cross at  the designated crossings, observe discipline in all aspects of life, among so many small things we can do to make this city great.

Small steps bring us to our destination, a better greater Baguio City, worthy of its UNESCO designation as a Creative City of Crafts and Folk Art . Isn’t that great?