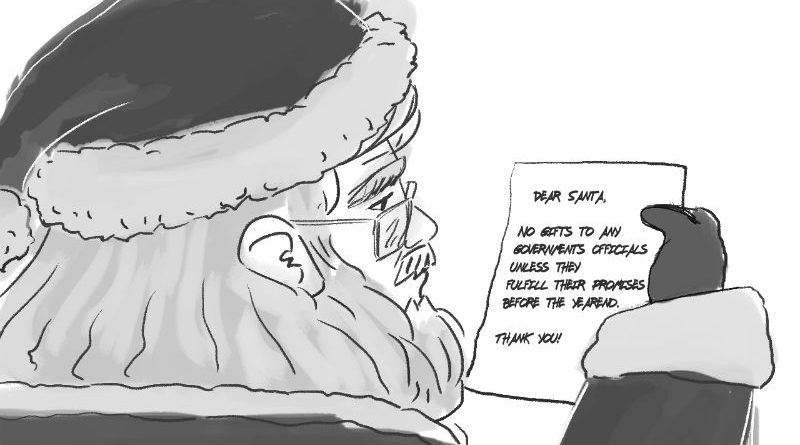 Promises did a lot for some local officials who won in the  2019 mid-term elections. Most promised needed change, a shift from the previous traditional way of doing things to elevating the same to a higher level. Some promised to bring more development and increased livelihood for their constituents. People had been really longing for change in the way the government has been administered for so long now but the question remains among voters whether or not they voted for the right leaders in their respective localities. Post-election sentiments varied as is usual after every election.

The newly-elected local officials assumed their elected positions noon of June 30, 2019. Most of them made efforts to try to make noise just to gain the attention of their constituents. Some of them silently worked for the institution of reforms in their local governments and did not consider using fanfare just to gain the attention of people. Others are also doing their best to work for the development of their localities with or without the social or mainstream media because they firmly believe that when leaders do things right, they will surely bring the right type of development to their constituency.

On the other hand, there are also leaders who had been claiming to bring in the right brand of leadership but their actuations reflect those of traditional politicians, thus, people were immediately disappointed. Other leaders opted to simply reach out to the people and render the needed services without seeking something in return because it is the essence of transparent and accountable governance.

Six months has passed since our new leaders assumed their respective elected positions but the promised changes seem to have passed unnoticed. What is obvious is the fact that there was a virtual change in the people running the affairs in certain offices because of the presence of co-terminus positions in the bureaucracy. Physical change has not yet happened. Obviously, the type of leaders who claim to have achieve significant change right in their first months of his or her term must start consulting their psychiatrists or they are just being simply misled by their ever-loyal supporters. Admittedly, nothing evident has changed or it is too early to declare such or the leaders have failed in delivering what was expected from them pursuant to their election promises.

Unfortunately, there are also some leaders who are trying very hard to emulate the actions and deeds of the more popular ones but it seems that such actions have more than dismayed their constituents instead of earning their respect and trust. There are people who can naturally handle things, do actions that satisfy the expectations of the people, among others, but there are others whose actions and deeds are replications of what has been done. What is important is that it is good practices that should be emulated. This is the reason good practices are always documented so that they can be adopted or adapted by others.

We believe it is too early to make conclusions on whether or not our elected leaders were able to perform their job in instituting change in their areas of jurisdiction. What has been evident is that there are leaders who want to gain popularity using copied techniques as if they cannot discover other ways of doing things better. We remain confident that something can still happen in the coming years but what should be done is for the leaders to focus on the implementation of their programs, projects and activities and most importantly, consult the people.

People tend to believe leaders who naturally do their thing and not simply copy from what others have done. Originality is still the name of the game because each of our leaders have their unique behavior, attitude and the proper way of doing things.

The coming year should be the defining moment of the career of our leaders because whatever evolves next year will surely become an advantage or disadvantage for the sitting officials. The accomplishment of our leaders also play a key role in gaining the trust and confidence of the people as actions speaks louder than words.

Undeniably, the famous phrase ‘promises are made to be broken’ has not yet been reversed by most of our incumbent and aspiring leaders. Let us not allow our unfulfilled promises to break our gains in governance but instead, let us allow our fulfilled promises to define our future in public service. The perception of the people in the way we do things is a very important aspect in making or breaking the career of a leader side from the resources that is infused in the highly corrupt electoral system of the country.