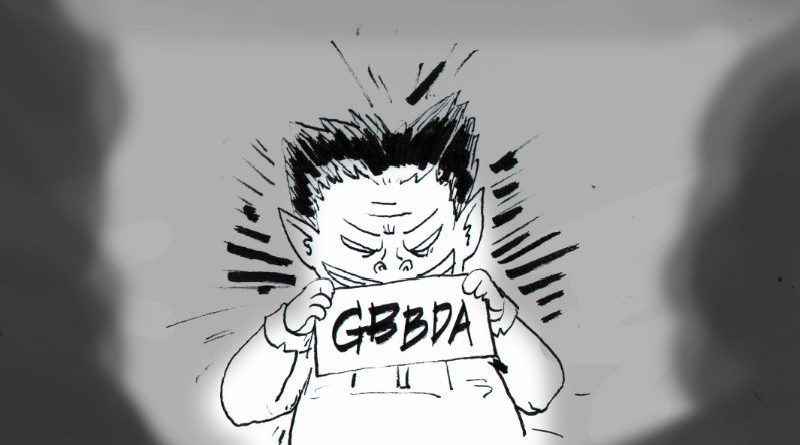 The proposal to establish a Metro Baguio growth center traces back to the mid-1990s when European urban planners studied how to deal with problems related to the rapid urbanization of Baguio City due to the in-migration of people. The Metro Baguio, or formerly the Baguio-La Trinidad-Itogon-Sablan-Tuba (BLIST), now known as BLISTT to include Tublay town, was geared towards striking a balance in the development inside Baguio and integrating the growth of the nearby towns of Benguet.

Several attempts were done to establish the BLISTT growth center with the establishment of the BLISTT Governing Council and BLISTT Development Board through the initiative of the Regional Development Council (RDC) in the Cordillera. However, the said bodies can only exercise coordination among concerned government agencies and local governments short of the funding requirements to prioritize high impact development projects for the balanced growth and development in the said areas. House Bill (HB) 6974 which seeks to create the BLISTT Development Authority or BLISTTDA was approved in the House of Representatives with the counterpart Senate Bill 1692 at the upper chamber. The Senate Committee on Government Corporations and Public Enterprises conducted a consultation in Baguio city on January 4, 2019 where local officials and various sectors voiced out their opposition to the creation of the BLISTTDA as this will add another layer of bureaucracy. It is also a clear violation of the provisions of the Local Government Code on the local government’s autonomy.

The contents of SB 1692 is a virtual reprint of HB 6974 authored by Rep. Mark Go which vests to the BLISTTD powers that undermines local autonomy and the rights of indigenous peoples to their ancestral domain, including their right to be consulted in the implementation of development projects through the required free and prior informed consent process.

Ironically, in Senate Committee Report No. 557, the said Senate recommended for the approval of Senate Bill 2169 that seeks to create the Greater Baguio Benguet Development Authority (GBBDA) in lieu of SB 1692. The proposed superbody would have jurisdiction over the whole Benguet province, instead only of the towns of La Trinidad, Itogon, Sablan, Tuba and Tublay, even without the conduct of the required public consultations with the affected local governments. Worst, SB 2169 is calendared for third and final reading when Congress resumes its sessions by May 20, 2019. It is urgent that this attempt at railroading the passage of such  bill must be stopped by indigenous peoples and the local governments in the covered geographic area. The rights of indigenous peoples in areas with declared ancestral domains is violated as the GBBDA is vested with powers that could overrule independent decisions of local governments, government agencies, among others, on programs and projects that will be implemented in Baguio and Benguet.

It is important to emphasize that the GBBDA is an added layer of bureaucracy vested with enormous powers to reverse decisions of Baguio and Benguet local governments will have in terms of the programs and projects within their areas of jurisdiction. It also serves as an employment agency for purported urban planners and that the representations of the concerned local governments to the authority has been scrapped, thereby leaving the local officials toothless in the enforcement of the laws, rules and regulations, thoroughly undermining the local autonomy granted to local governments by the Local Government Code.

Authors of this bill creating the superbody should respect and honor the clamor of the people who will be affected by the said GBBDA. The January consultation seems to be token jus to mention that a consultation has been done but the authors of the bill and the Senate committee have taken the Baguio people for ride only to insist on the provisions that they want .