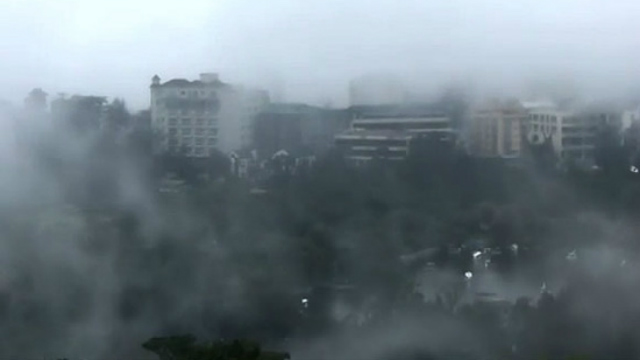 BAGUIO CITY – The cold spell in the city is now on its down trend after the mercury level dropped to a chilly 7.3 degrees Celsius Wednesday morning which is now the fifth lowest temperature in the history of the country’s undisputed Summer Capital.

From the 8 degrees Celsius lowest temperature recorded by the local office of the Philippine Atmospheric, Geophysical and Astronomical Services Administration (PAGASA) Tuesday morning, the mercury level further dropped opening the floodgates of the occurrence of frost in highly elevated areas in Benguet and Mountain Province that pose a serious threat to the growth of semi-temperate vegetables that are on their vegetative and flowering stages.

The single digit temperature in the city started to prevail Saturday morning when the temperature dropped to 9.6 degrees Celsius before playing around the single digit level over the past five days because of the enhanced northeast monsoon coupled with the prevailing overcast and cloudy skies.

Health authorities reiterated their previous reminder to residents and visitors to keep themselves warm by wearing thick clothes and drinking soup and warm water coupled with keeping their immune system by eating the right kind of food.

Dr. Amelita M. Pangilinan, assistant regional director of the Department of Health (DOH) in the Cordillera, said cold day diseases have significantly increased over the past several weeks because of the continuous drop in the city’s temperature, thus, the need for the people to keep themselves warm by staying at home and wear thick clothes.

The temperature at the summit of Mont Pulag, the second highest mountain peak in the country based in Kabayan, Benguet, ranges from 2 to 5 degrees Celsius over the past several days.

City officials expressed optimism that the cold spell will continue up to the end of the month or by the middle of next month so that visitors wanting to witness the highlights of the 22nd edition of Panagbenga, which are the grand streetdancing parade on February 25 and he grand float parade on February 26, will be able to enjoy the city’s cool and romantic weather.

The cold spell in the city and other highly elevated areas in Benguet and Mountain Province usually prevails from November to March every year but the degree of coldness depends on the strength of the northeast monsoon that will prevail over the different parts of Northern Luzon.

Among the cold day diseases being encountered by residents and visitors include cough, colds, pneumonia, bronchitis, upper respiratory illnesses and infections and cardiac arrest.