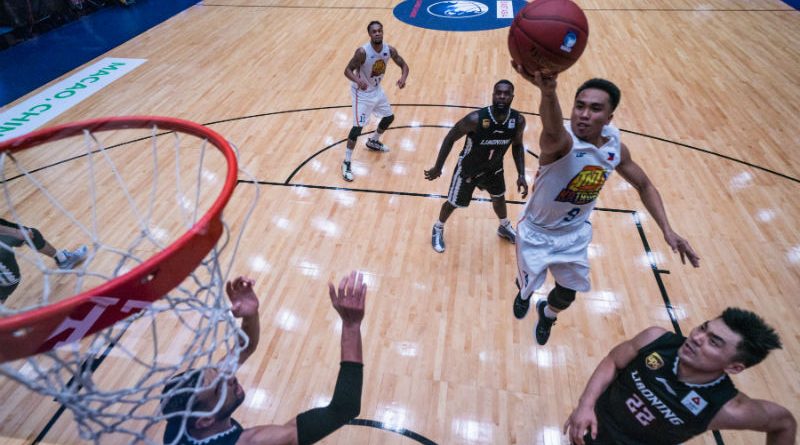 A twist of fate may have just put former Cordillera Career Development College (CCDC) Admiral Rodel “Samboy” De Leon in hot water but it also afforded him a starter spot for TNT Ka Tropa in the Terrific 12 and went up against some of the best cagers playing in East Asia, including bonafide NBA superstar Lance Stephenson.

De Leon, along with Almond Vosotros, were playing  in the Maharlika Pilipinas Basketball League (MPBL) Lakan Cup when the 2019 PBA Commissioner’s Cup runner up came calling with offers to both guards to reinforce the team’s roster while participating in Terrific 12 Tournament of the East Asia League, as well as, the PBA Governor’s Cup.

As a result of his acceptance, De Leon was inserted in the starting line-up of the Ka Tropa in the tournament as the shooting guard where he went head-to-head against two foreign teams including the Liaoning Flying Leopards that paraded Stephenson and former Dallas Maverick Salah Mejri as their imports.

De Leon was on the floor for 12 minutes against the Flying Leopards, grabbing two rebounds, dishing an assist, and stealing once. While he missed all four attempts on the floor, he was a +3 in the game that TNT lost by six points, 96-91.

His exposure was longer against the Japanese ballclub Niigata Albirex, playing 29 minutes. He produced better with the extended time. He scored five points, grabbed six rebounds, issued two assists, and stole once. He was a +11 in the game. The Ka Tropa won by nine, 99-90, to finished second in Group D with an even 1-1 record. TNT, though, missed the semis as the Flying Leopards swept their games to take the top spot and advance to the semis.

De Leon’s transfer and appearance for TNT, however, may have come with a heavy price as a recent MPBL ruling prohibits its players from jumping ship to the PBA in the middle of the season.

According to the MPBL, the new ruling was affected in order to prevent any forms of disruption to the ongoing Lakan Cup. De Leon was playing for the Iloilo Royals before his TNT transfer.

Reports have suggested that fines for the Royals and suspension or ban for De Leon might be the consequence of his jumping ship to the Ka Tropa.

De Leon, native of Cabanatuan, Nueva Ecija, once played for the Cordillera Career Development College Admirals in the Baguio-Benguet Educational Athletic League (BBEAL) and then transferred to Centro Escolar University. He went on to be awarded as the National Athletic Association of Schools, Colleges and Universities (NAASCU) MVP in 2014 while playing for the Scorpions.

The 27-year old , 6’4” swingman also appeared for the 2015 Cafe France Bakers in the PBA D-League before joining the then Purefoods Star Hotshots as the 39th overall draftee in the 2015 PBA draft.

He transferred to the rival league starting 2018 when was signed by several MPBL teams before the TNT offer came. Aside from the Royals, he also saw action for the San Juan Knights, Bacoor Strikers and Navotas Clutch.

He is expected to remain in the roster of the Ka Tropa for the PBA season-ending Governor’s Cup.