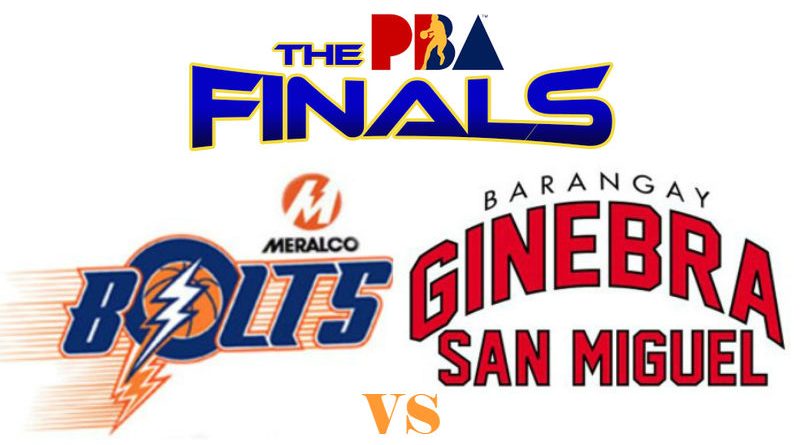 Barangay Ginebra got an unusual lucky charm in reclaiming the PBA Governors’ Cup championship, a title they previously held two consecutive times before they were dethroned last year.

Whatever adjustments they implemented after half time made the third quarter of each game provide them key moments in order to upend rival Meralco, that relegated them to the third runner-up spot during the three times they met in this season-ending conference.

The key run happened with over five minutes left in the quarter. Down, 51-61, the Gin Kings engineered a 17-10 run to end the third down just by three.

This momentum carried in the fourth as they took off on the strength of a 12-2 run to take the lead permanently, 80-73.

A triple tower combination was maintained by Coach Tim Cone during the run alternating a combination of Brownlee, Aguilar, Slaughter and Devance in the frontline.

Meralco made a scary fourth quarter run but the 31-30 edge they had in the third give them enough room to withstand the rally.

Game 2: Comeback prevents the game from going out of hand

The key run happened during the first 3:16 minutes of the quarter. Down 17 at the half, the Gin Kings dropped a 10-0 blast to start the third and cut the deficit to just seven.

This shifted the momentum to Ginrebra’s side as they went on to knot the count, 70-all, at the 2:30 mark.

Four three point shots from the combined efforts of Baser Amer, Nico Salva and Bryan Faundo, however, restored a six point lead for Meralco at the sound of the buzzer.

The 30-19 third quarter edge, nonetheless, made the first half rout a thing of the past and create a dogfight in the fourth.

Still, Meralco would eventually prevail at the end in this one.

For the first time, Ginebra is up entering the third, although barely.

The Barangay was carrying the squeaky lead to start the quarter courtesy of three-point play by Brownlee in the dying minutes of the second. This was with the fact that Raymond Almazan went out early in the game due to a knee injury.

The Gin Kings, however, made the adjustment of the fly and threatened to pull away with a 7-0 opening salvo that forced Meralco to sue for time.

Ginebra bigman Aguilar took advantage of his size in getting the Barangay a 35-16 third quarter edge.

Game 4: Another opening salvo does the trick

For the only time in the series, Ginebra is holding a double digit lead entering the third. This did not stop them from pouring it on in this one and get the pivotal victory.

Fielding their regular starting five, Ginebra poured in 19 points in just over five minutes to pull away.

Already calling a timeout earlier, Meralco was forced to burn a second one when Brownlee stuffed a jam and Tenerio buried a triple to rung the score up, 61-42.

This was the only time Ginebra failed to score more than 30 in the third but the advantage was still a rout as they doubled the Bolts efforts, 28-14.

Game 5: Twin runs give the Barangay another title

Ginebra is again facing a deficit and Meralco is now in a do-or-die situation.

The Bolts padded their first half lead, 51-44, after two and a half minutes.

Ginebra then made their first run which was engineered by the regular starters Brownlee, Aguilar, Pringle, Thompson and Tenorio.

Aguilar started the 9-1 run with a block on Chris Newsome that lead to a Pringle three-point play. Thompson culminated it with a layup at the 8:09 mark that brought Ginebra closer 52-53 and prevent the game from going out of hand.

Meralco momentarily restored order by scoring six straight points but Mariano and Devance joined in the mix as the Gins countered with their own 6-0 blast to keep the Gins stay abreast, 58-59 at the 4:14 mark.

This second run again kept the score tight during the Bolts’ attempt to break the game wide open and would eventually set up the finishing kick that would see the Gins outscoring the Bolts again in the third.

The 12-point advantage, 30-18, in the third gave the Barangay a six point lead entering the fourth and completing the series win 4-1.